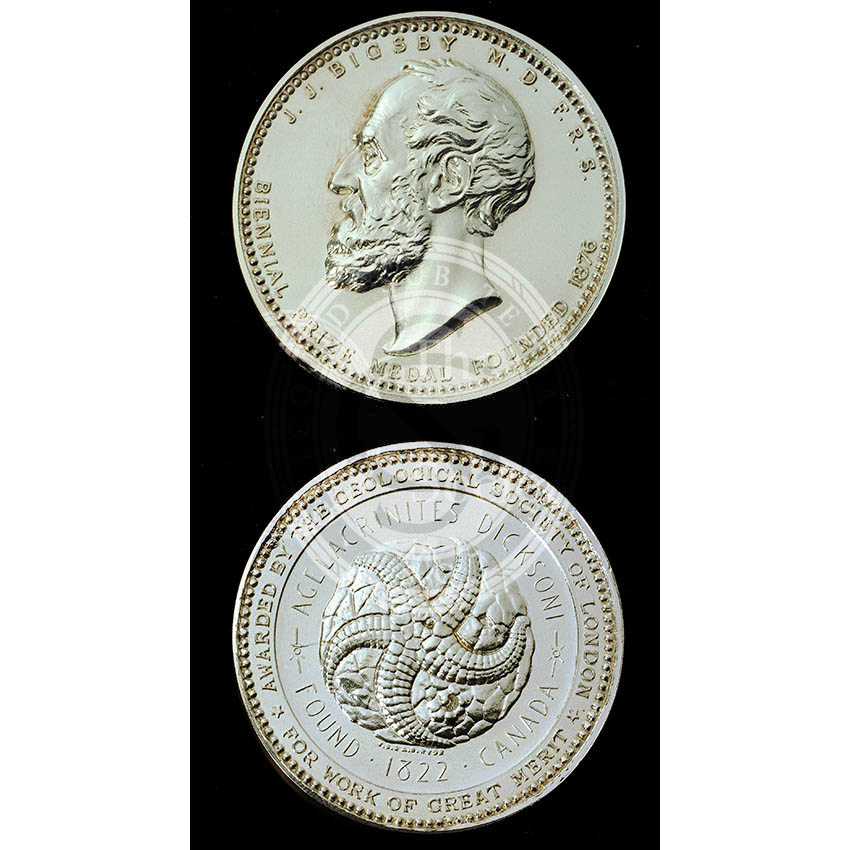 Description: In 1877 Dr John Jeremiah Bigsby (1792-1881), gave to the Society a sum of £200, the interest of which was to be devoted to providing a medal to be given biennially to a student of American geology. Bigsby was a pioneer of geology in Canada, much of which undertaken whilst serving as a British Army surgeon and later as medical officer to Boundary Commissioners under the Treaty of Ghent.

Reverse: A representation of a fossil echinoderm from the Trenton Limestone (Ordovician) around it, ‘Agelacrinites Dicksoni. Found 1822. Canada.’ The fossil was the first known example of an Edrioasteroid, found by John Jeremiah Bigsby at the Chaudière Falls, Ottawa River, Canada, 1822.

The medal was first awarded in 1877 to Professor Othniel Charles Marsh. 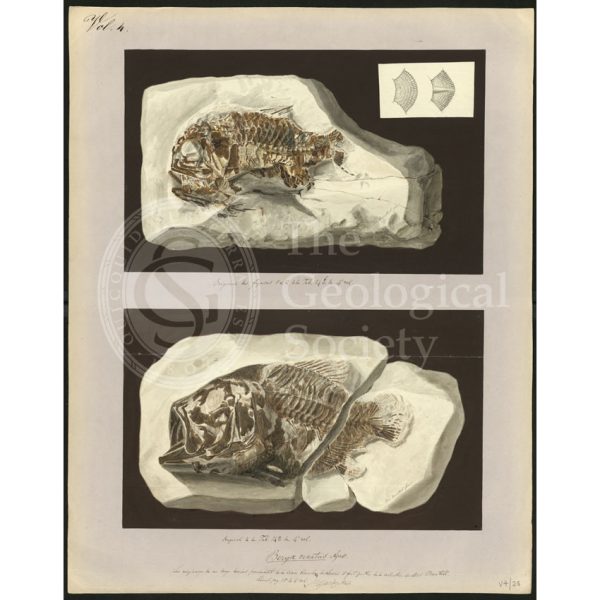 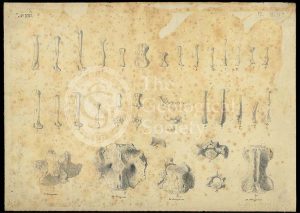 Bones from a cave in Wellington Valley, New South Wales, Australia»
We use cookies on our website to give you the most relevant experience by remembering your preferences and repeat visits. By clicking “Accept All”, you consent to the use of ALL the cookies. However, you may visit "Cookie Settings" to provide a controlled consent. further details can be found on our Cookie Policy page
Cookie SettingsAccept All
Manage consent