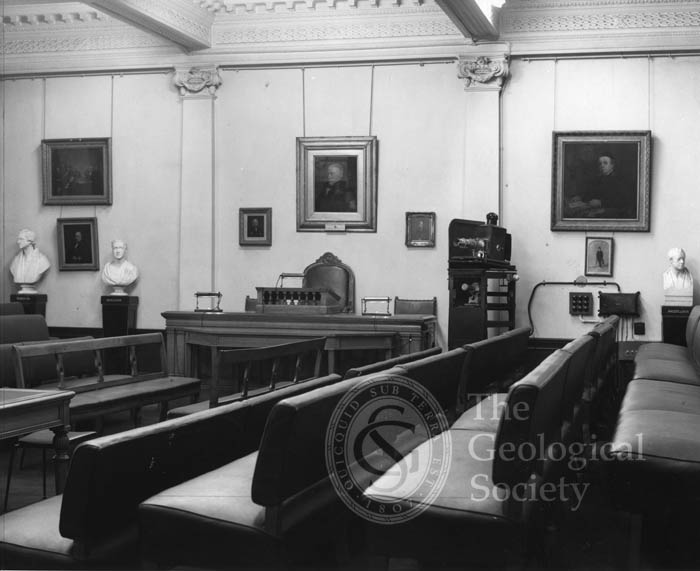 Description: Photograph of the original arrangement of the Meeting Room of the Geological Society, immediately prior to its conversion to a more modern lecture theatre.

Historically the Meeting Room was where Fellows presented their papers and elected new members. The room was laid out in ‘Parliamentary’ style, the President seated on a throne-like chair on a raised dais at end of the room. Fellows sat on raked benches on either side of the central well, where a large table was used to display specimens. The facing benches were occupied in strict order of seniority, with professors and the Director of the Geological Survey at the front, the rows behind reserved for progressively more junior academics (readers, senior lecturers and lecturers). Students were expected to stand.

The room was refurbished as a lecture theatre between 1972-1973, and again for our Bicentenary in 2007. It was named the Janet Watson Lecture Theatre in 2009, in honour of Professor Janet Watson of Imperial College London, the Society’s first female President (1982-1984).