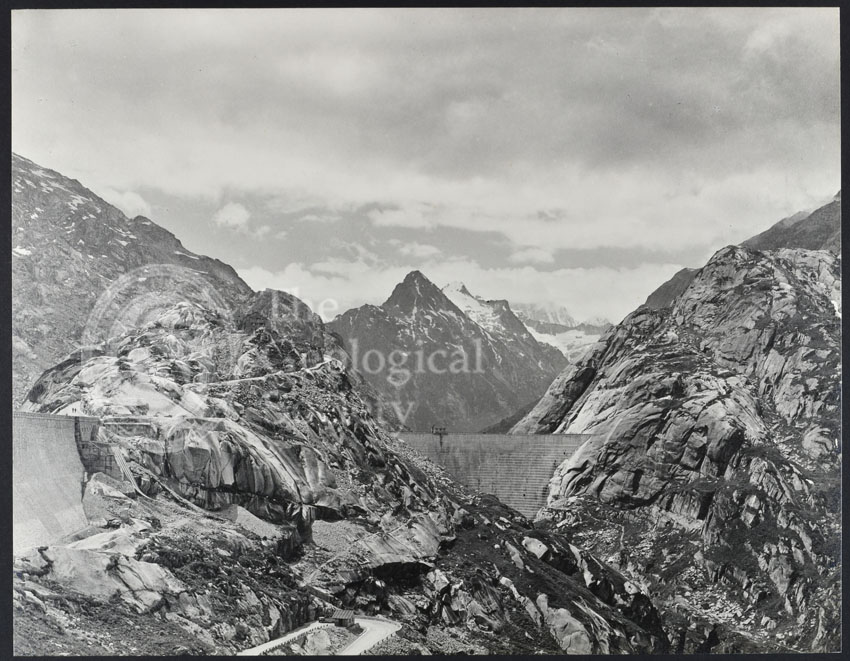 Title: Photograph, “The Grimsel Hospiz on the Nollen…”

Description:  Black and white photograph, captioned “1. The Grimsel Hospiz on the Nollen, the Seewissegg dam (left) and the Spitallamm dam (centre) from the Grimsel road. The Finsteraarhorn in the distance.”