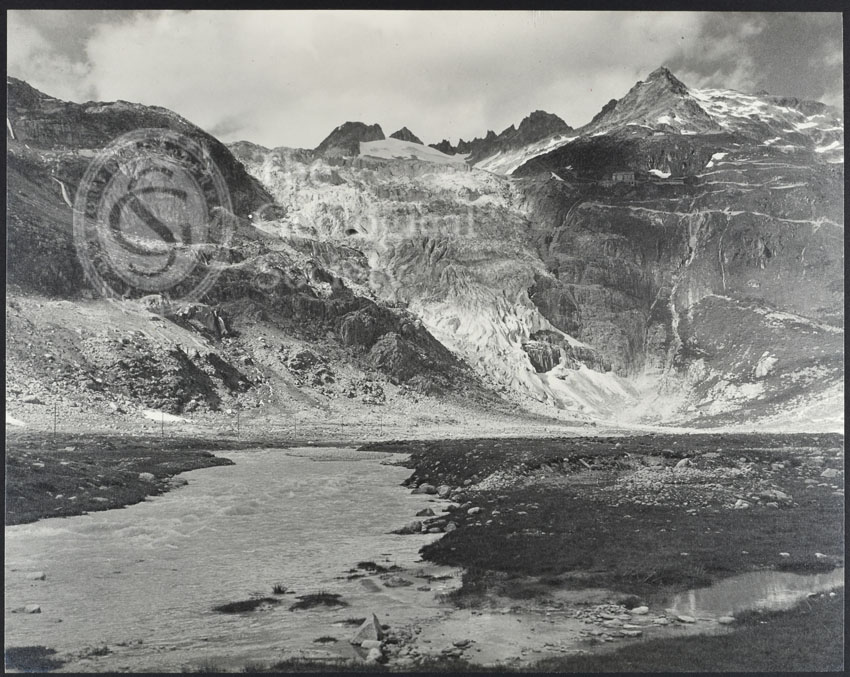 Description:  Photograph, captioned “7. The Rhone Gletscher from a point about midway between Gletsch and the snout of that Glacier.”