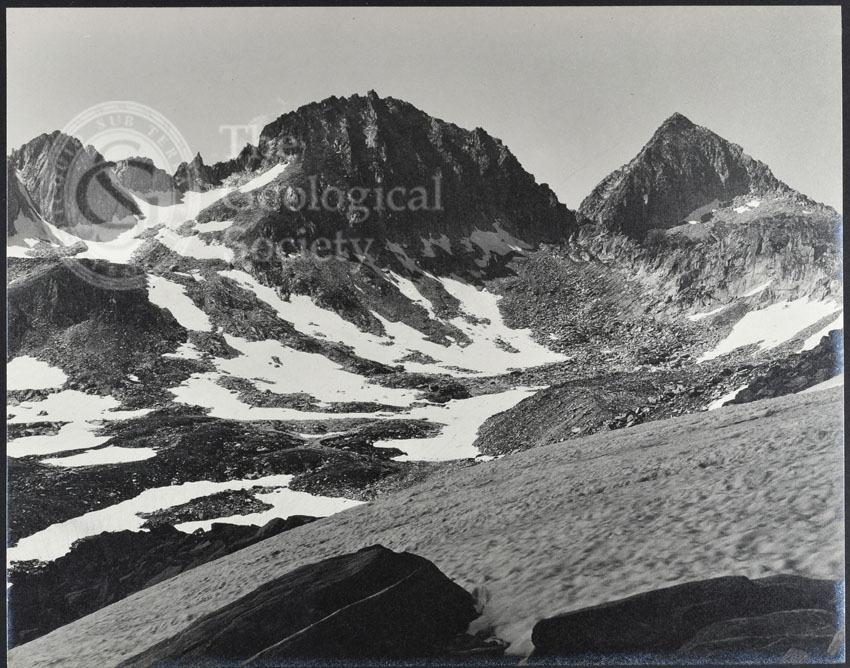 Description:  Photograph, captioned “11. The Schienstock and Bächistock from a point on the slopes between the Lautersee and the cliffs of the Schneehühnerstock.”