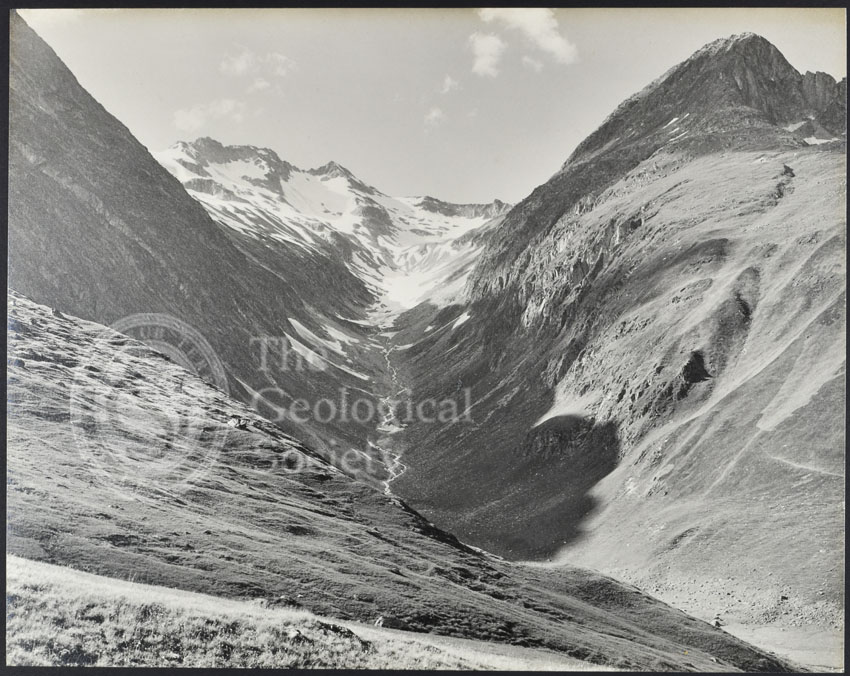 Description:  Photograph, captioned “36. The Val Giuf from a point on the south-eastern slopes of Cuolm Val above the alp-huts of Milez.”