Description: Photograph of the Upper Library of the Geological Society, 1931.

There are very few historical photographs of the interior of the Geological Society. Invariably any that exist relate to refurbishments of some kind or other. This is likely to be the case with this photograph as in 1931 the Society was undergoing some redecoration.

This space was originally the Society’s Geological Museum. The Museum collection was intended to be comprehensive, but as well as being in charge of the Museum, the Curator was also expected to act as Librarian, Journal Editor, Honorary Secretary and to keep an eye on the accounts. It is no surprise to hear that curators did not stay long. By the time the Society moved to Burlington House, the idea of a comprehensive collection had been abandoned, but retention of curatorial staff was still problematic. By the turn of the 20th century visitor numbers had dwindled, so in 1911 it was decided that the collection would be disposed of. The British specimens were given to what is now the British Geological Survey and the ‘foreign’ specimens donated to what is now the Natural History Museum.

A small number of specimens were retained. Taken 20 years after the Museum was broken up, the image shows the fossil rhinoceros skull given to the Society by Henry Warburton in 1820 and which is still on display today. 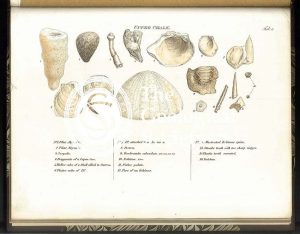 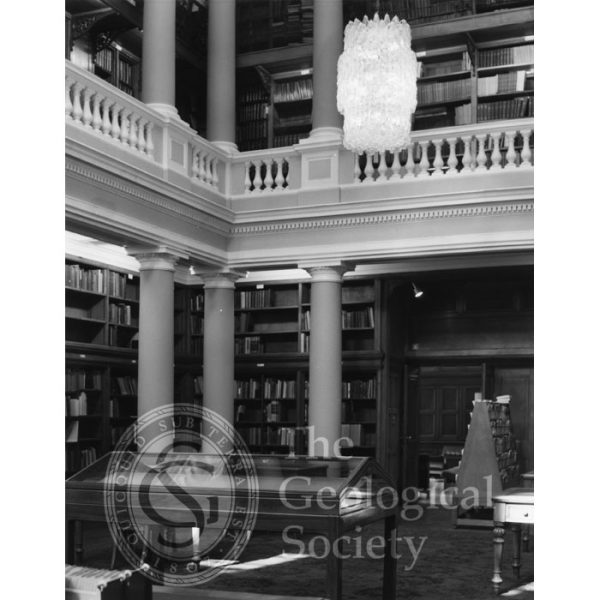 Upper Library, Geological Society, 1972»
We use cookies on our website to give you the most relevant experience by remembering your preferences and repeat visits. By clicking “Accept All”, you consent to the use of ALL the cookies. However, you may visit "Cookie Settings" to provide a controlled consent. further details can be found on our Cookie Policy page
Cookie SettingsAccept All
Manage consent