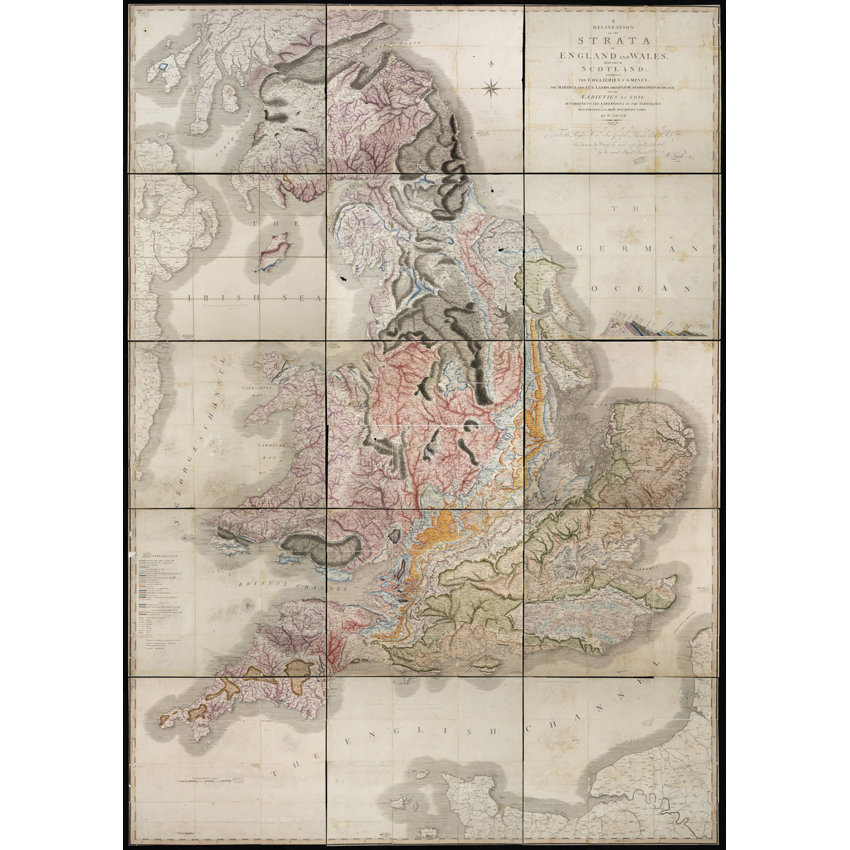 Title: ‘A Delineation of the Strata of England and Wales, with part of Scotland; exhibiting the collieries and mines, the marshes and fen lands originally overflowed by the sea, and the varieties of soil according to the variations in the substrata, illustrated by the most descriptive names’

Description:  This famous map by William Smith is acknowledged as the first geological map of a country ever produced. It is one of around 20 of the earliest copies which were issued around September 1815 probably distributed to the more important subscribers.  The Geological Society received a copy, but this particular version belonged to the Society’s first President George Bellas Greenough (1778-1855).

Comparing the two, it can be seen that the colouring style differs.  The map’s publisher John Cary was known to have employed at least four different colourists on Smith’s map so it is likely the two maps were coloured by different hands.

As Greenough oversaw the authorship of the Geological Society’s ‘Geological Map of England and Wales’ (1820) which was being drafted around the same time, it led to accusations of plagiarism.  Greenough denied this stating that he only saw Smith’s map after his own had been at the printers for some time.  However the sheets of this copy of Smith’s map are marked with notes such as “’This sheet can be of no further use to the Geol Map, Nov 1818”, indicating that he did make some use of it. 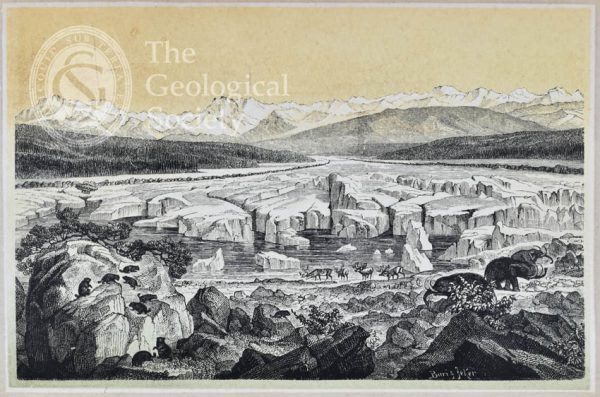 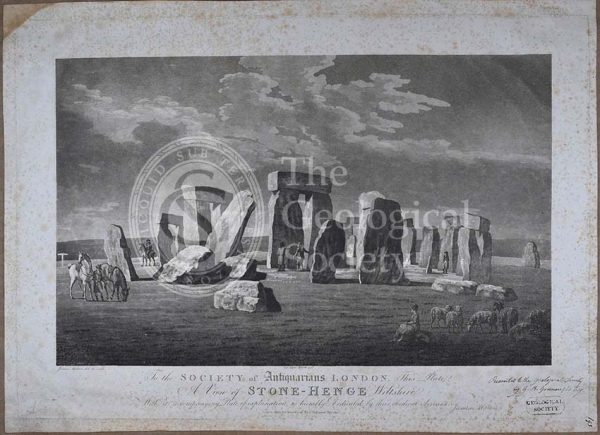