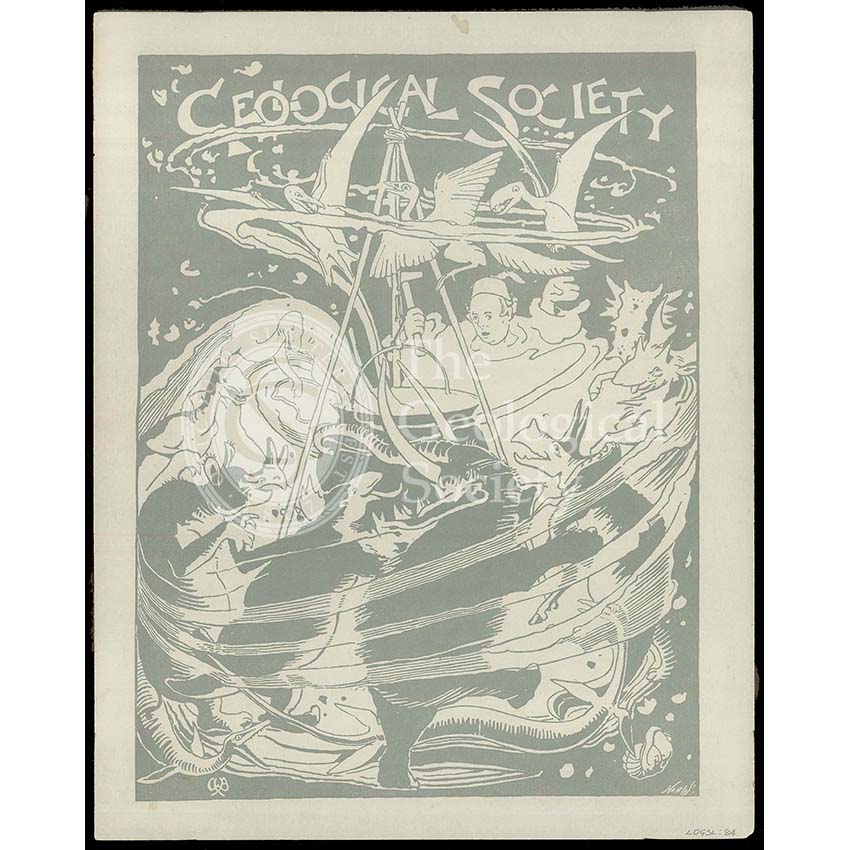 The image shows the then President Henry Woodward wearing his distinctive hat and waving a geological hammer in front of a cauldron from which are conjured various extinct animals, including a plesiosaur, mammoth, Triceratops, Megatherium and pterosaurs. 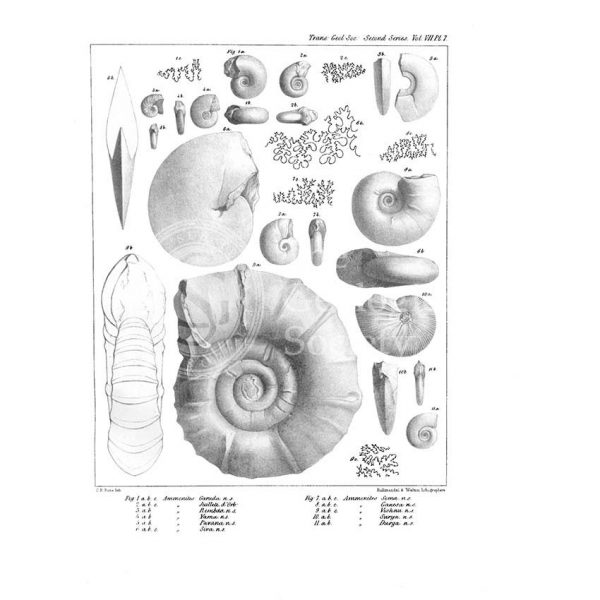 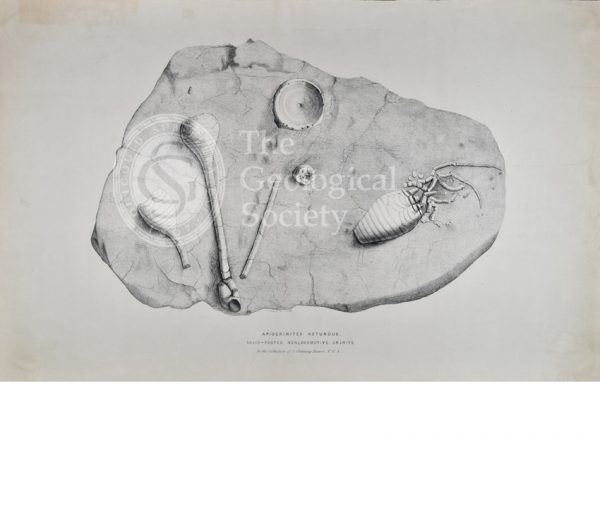 Apiocrinites rotundus»
We use cookies on our website to give you the most relevant experience by remembering your preferences and repeat visits. By clicking “Accept All”, you consent to the use of ALL the cookies. However, you may visit "Cookie Settings" to provide a controlled consent. further details can be found on our Cookie Policy page
Cookie SettingsAccept All
Manage consent