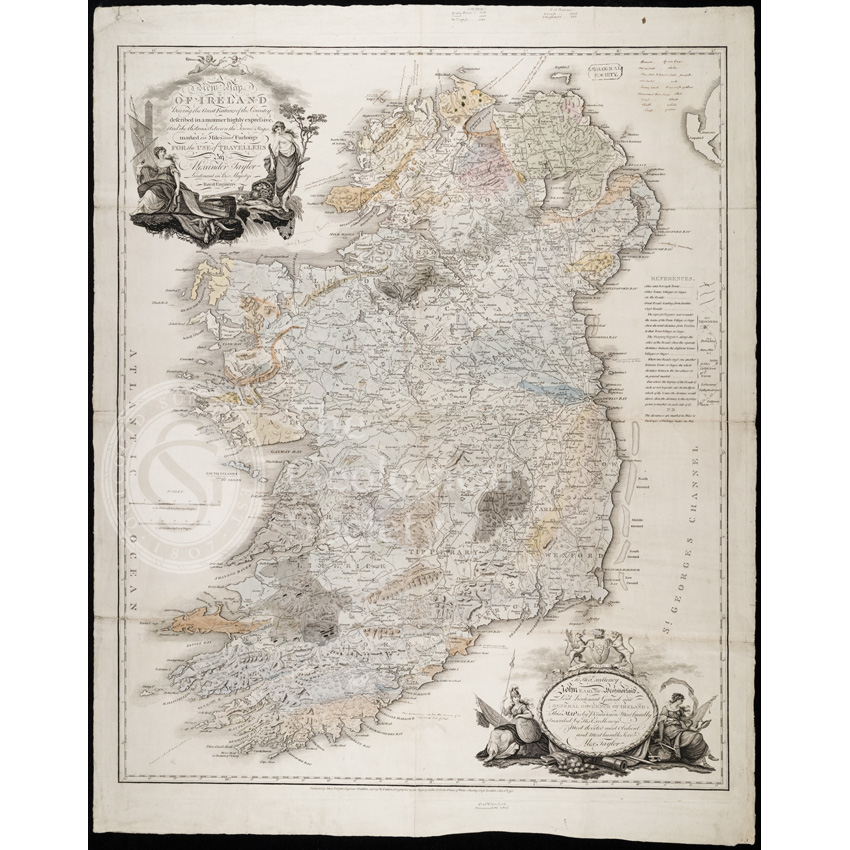 Description: The map belonged to George Bellas Greenough (1778-1855) who was in Ireland with Richard Griffith in 1813. Griffith wished to compile a geological map of the country for his forthcoming lecture series but complained that the only map he had – Alexander Taylor’s ‘New Map of Ireland’, published by William Faden, 1793 – was too small.  Instead he requested that if Greenough sent him Aaron Arrowsmith’s much larger map Griffith in return would colour the Taylor map and send it back to him.

Griffith would eventually publish the first version of his geological map of Ireland in 1837, but none of his early drafts of the map were thought to survive.

There are only nine different colours on the key, referring to rather simplistic delineations of rock types such as granite, mountain limestone, coal, mica slate and quartz 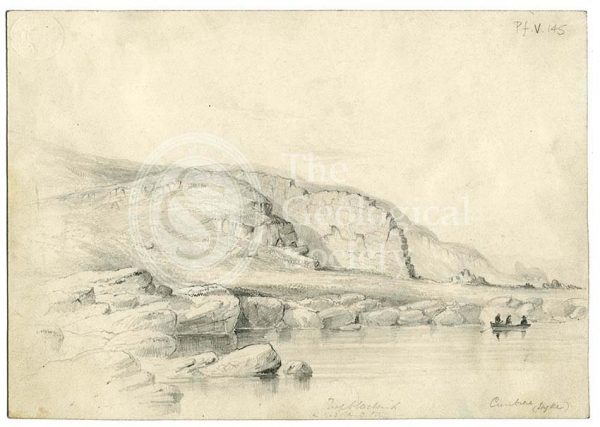 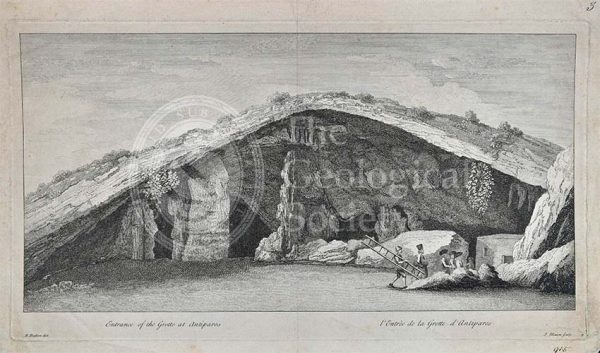 Entrance to the Grotto of Antiparos»
We use cookies on our website to give you the most relevant experience by remembering your preferences and repeat visits. By clicking “Accept All”, you consent to the use of ALL the cookies. However, you may visit "Cookie Settings" to provide a controlled consent. further details can be found on our Cookie Policy page
Cookie SettingsAccept All
Manage consent