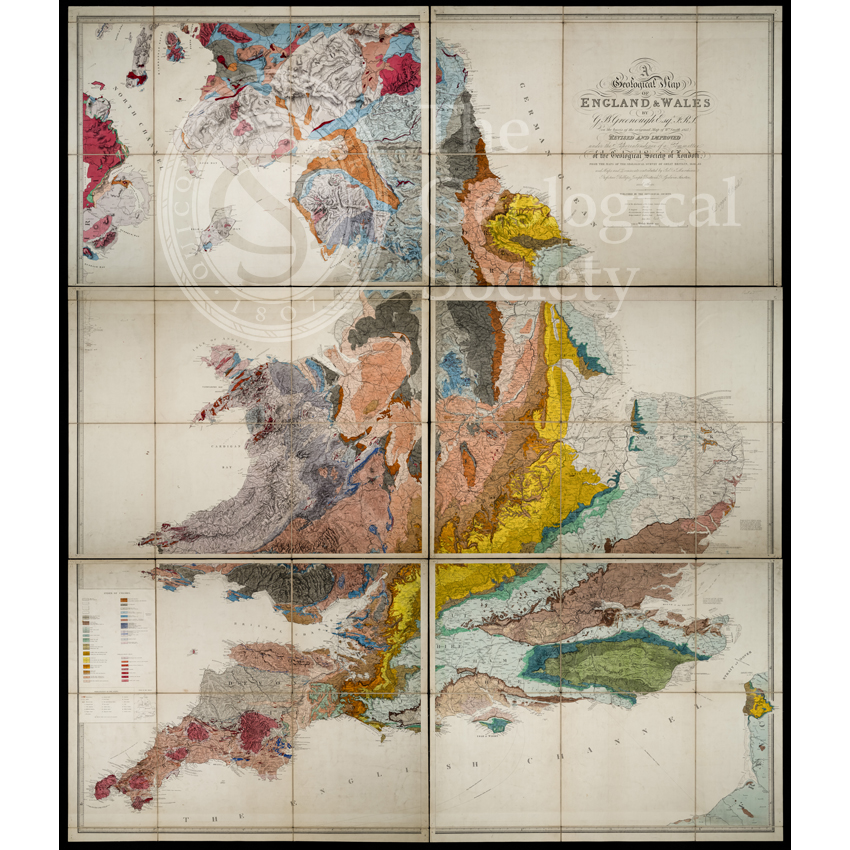 Description: The first two editions of the Geological Society’s ‘Geological Map of England and Wales’ under the authorship of its first President, George Bellas Greenough were published in 1820 and 1840 respectively.

The first edition proved controversial as it was issued just five years after William Smith’s seminal ‘A Delineation of the Strata of England and Wales, with part of Scotland’ (1815) which therefore led to accusations of plagiarism – especially as Greenough himself was one of the first to receive a copy of the map probably around September of that year.  However Greenough used multiple sources and collaborators on his own map which some have described as being the first crowd-sourced map.

This is the third and final edition of the map published in 1865 under the authority of a new Map Committee. The legend cites a number of sources and authors, but notably modifies the map’s title to ‘A Geological Map of England & Wales by G B Greenough F R S, on the basis of the original map by Wm Smith, 1815’. Greenough would not have approved, but by then he and the majority of his close collaborators were deceased. The revised legend may have been influenced by the Committee’s first chair, President John Phillips (1800-1874), who was, of course, William Smith’s nephew.

Format: Hand colouring on engraved base