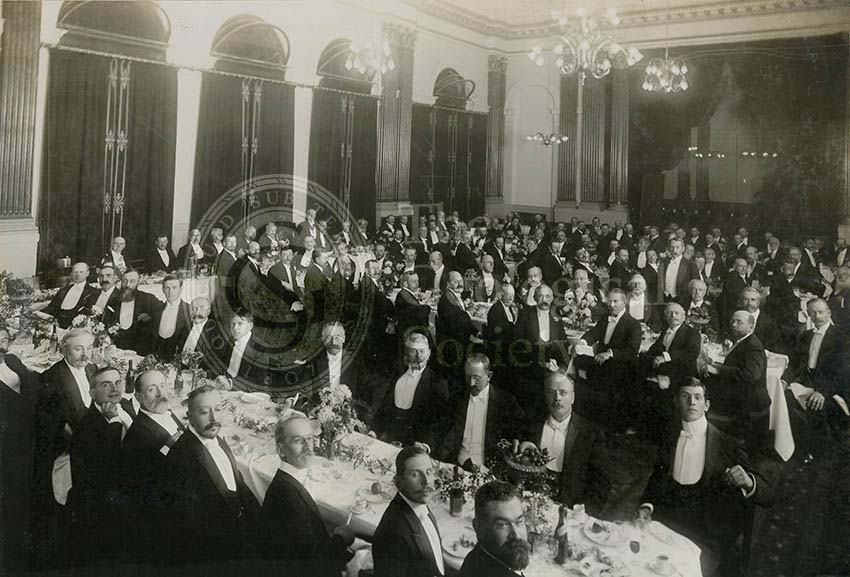 The celebrations to mark the Centenary of the Geological Society’s founding were held between 26 September-3 October 1907, however a series of preliminary field excursions to places such as the Lake District, Lyme Regis and the Forest of Dean were held in the preceding week. The Centenary celebrations were opened by a formal reception at the Institution of Civil Engineers, at 11am on Thursday 26 September, where congratulatory telegrams from individuals and organisations from all over the world were read out. This was followed by a Presidential address at 3pm, and the day brought to a close by a dinner at the Whitehall Rooms, Hotel Metropole where further speeches were given. A Conversazione was organised for the Friday but short excursions and visits to places of interest were also available over the next few days to those who wished them. The Society’s apartments were opened to the visitors: the Museum was converted to a conversation, writing and smoking room; the Council Room became a ladies’ drawing room; and the Meeting Room was used as cloak room and dressing room. The Geological Society Club also hosted a dinner to entertain the foreign and colonial delegates on the evening of Friday 27 September. The celebrations were rounded off by a visit to Oxford and Cambridge Universities, where a number of the foreign delegates received honorary degrees. 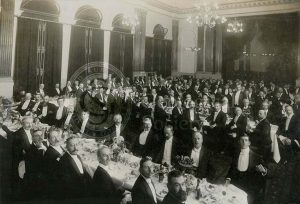