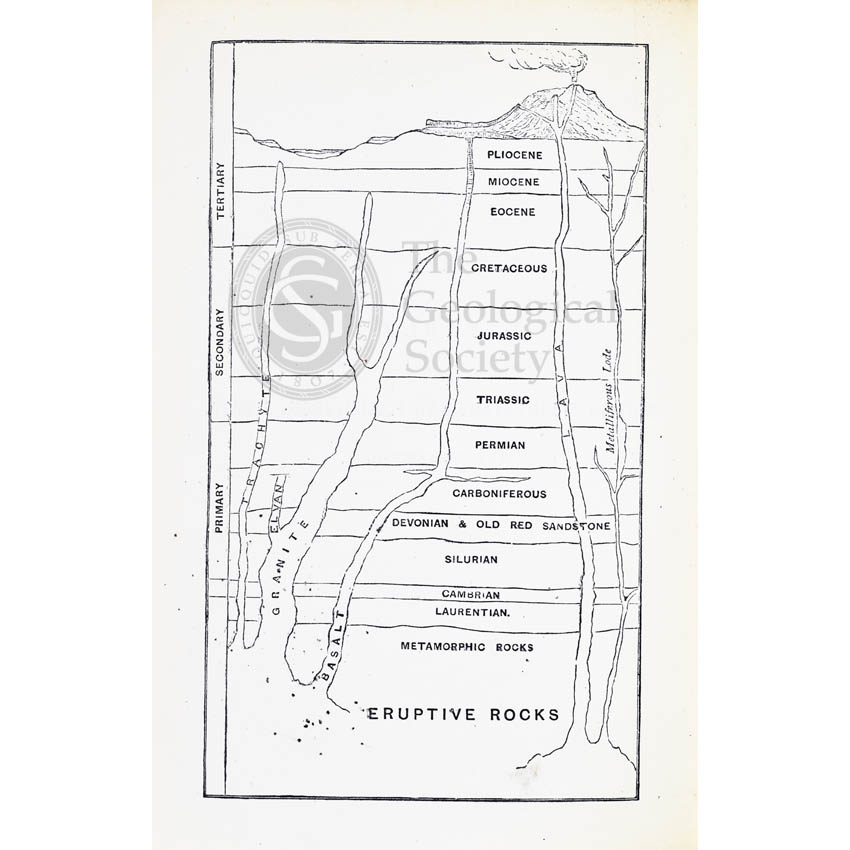 The pictorial layout of this figure is reminiscent of William Buckland’s highly influential geochronological figure ‘Ideal section of a portion of the Earth’s Crust…’ (1836). Although recognisable as an early geological time scale there are significant differences from the modern scientific version.

Instead of the Palaeozoic, Mesozoic and Cenozoic eras, it still retains the traditional (Wernerian influenced) terminology of Primary, Secondary and Tertiary. The Tertiary is broken up into the three periods defined by Charles Lyell in 1833. The modern Cenozoic has only two – Paleogene and Neogene – with Lyell’s terms – Eocene, Miocene and Pliocene – retained as names of epochs.

Another significant difference is the absence of the Ordovician which sits between the Cambrian and Silurian. It was not defined by Charles Lapworth (1842-1830) until 1879 (accepted on the time scale in 1881).