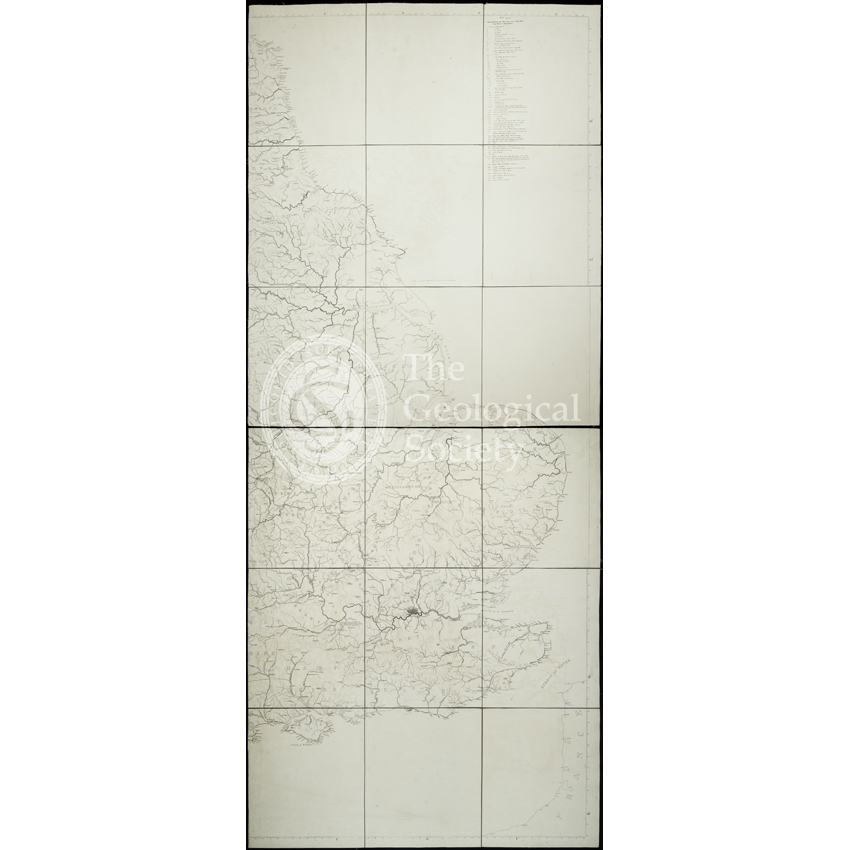 Description: One of George Bellas Greenough’s (1778-1855) major achievements was the production of the Geological Society’s ‘Geological Map of England and Wales’ issued in May 1820.  Coming just five years after William Smith’s map ‘A Delineation of the Strata of England and Wales, with part of Scotland’ (1815), it proved controversial due to accusations of plagiarism.  However Greenough’s map had been in long gestation and was, despite its single author, a collaborative effort.  One of the reasons it took so long to come out was the production of a new base map.

The plan had been to use Aaron Arrowsmith’s existing map, but Greenough was unhappy with its topography. The cost of having Arrowsmith re-engrave it was £900, but the total budget, raised from the Geological Society’s Members, was only £1,000. Therefore a new base map was commissioned in the belief it would be cheaper.  Instead it took over five years to construct and was substantially more expensive, costing £1,720 to produce.

Thomas Webster drafted the outline map consisting of the coast and rivers with name of principal places and districts which was ready to be engraved by the end of 1814. The cartographer Samuel  Neele agreed to engrave the map, starting in June 1815.  He would not finish until April 1819 as Greenough fussed over the details.

The first proof, which does not survive, was viewed by Council in January 1816 but the quality was thought too faint to be legible. These partial sheets are likely to be the second or third proofs issued.