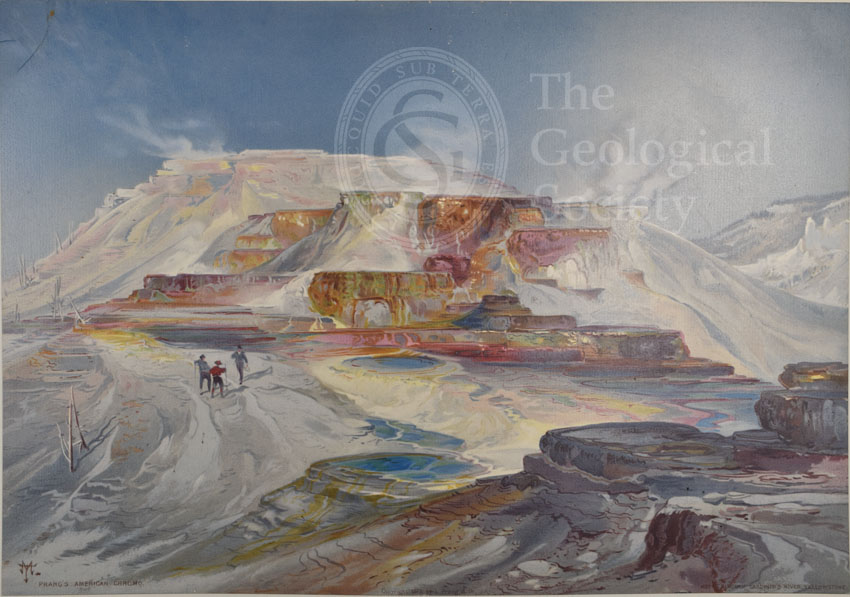 Yellowstone Park, Wyoming, USA, was declared the world’s first national park in 1872.  Although well known to tribes and trackers for centuries, it only came to national prominence following the more formal scientific surveys conducted from the 1860s onwards.  The most famous was that led by Ferdinand Vandeever Hayden (1829-1887), head of the US Geological and Geographical Survey of the Territories in 1871.  Included in Hayden’s scientific team were the artist Thomas Moran (1837-1926) and photographer William Henry Jackson (1843-1942).  Hayden’s initial report published in the autumn of 1871, alongside the stunning scenery captured by Moran and Jackson, was instrumental to the US Congress’ decision to establish Yellowstone as a national park.