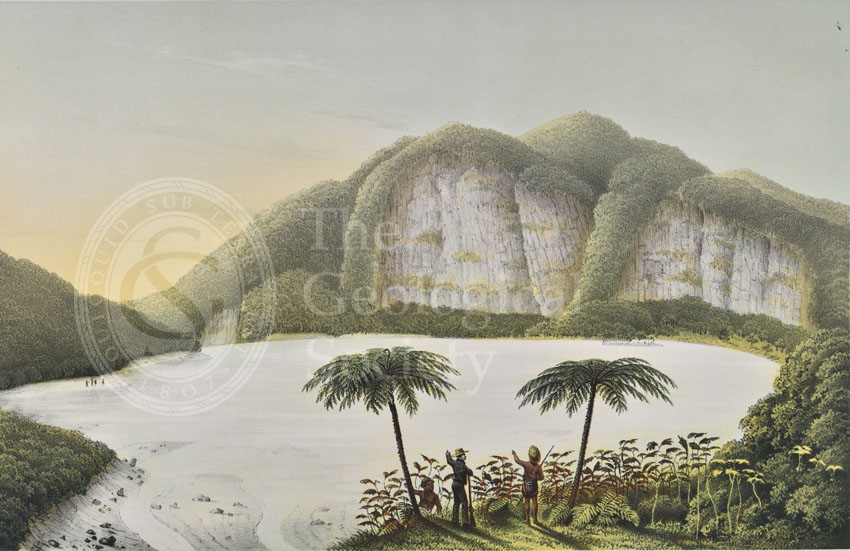 Description: Lithograph of a Kawah Putih, a crater lake, on the island of Java, Indonesia. The lake has formed in one of the two craters of Mount Patuha, a volcano in West Java. It is highly acidic and changes colour depending on the concentration of sulphur. Junghuhn may have been the first person to document this lake in the western world.