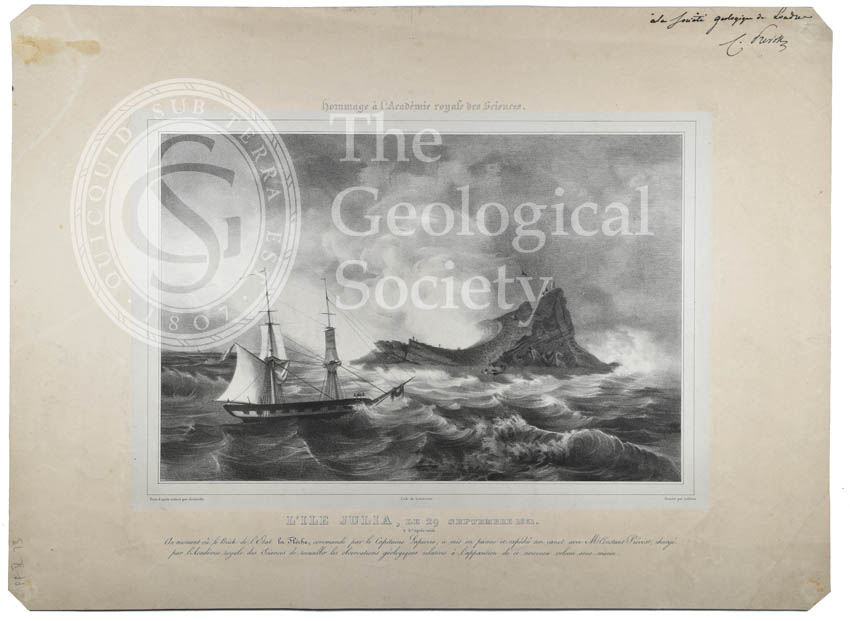 Description: Julia’s Isle was a submerged volcanic island which, when it temporarily appeared in July 1831 off the coast of Sicily, caused an international dispute over which country had sovereignty, as well as confusion as to its naming. In August 1831, Humphrey Fleming Senhouse, a British naval captain, claimed it for Britain and named it ‘Graham’s Island’ after Sir James Graham, first lord of the Admiralty. However when the French geologist Louis-Constant Prévost described the formation for the Société Géologique de France, he named it ‘Julia’s Isle’ after its July appearance – and it was under this name France tried to claim territorial ownership. King Ferdinand of the Two Sicilies, sent ships to ‘Ferdinandea’ to claim it for the Bourbon crown.

Charles Lyell initially preferred the name ‘Sciacca’ but other names put forward were Nerita, Hotham and Corrao. The island was only visible for a few months, and by December of 1831 it had disappeared – the diplomatic wrangle still unresolved.

This image is from the belated visit made by Louis Constant Prevost who landed on the island on 29 September 1831.  It shows the tricolour of France being planted despite the island gradually disintegrating into the rough seas. 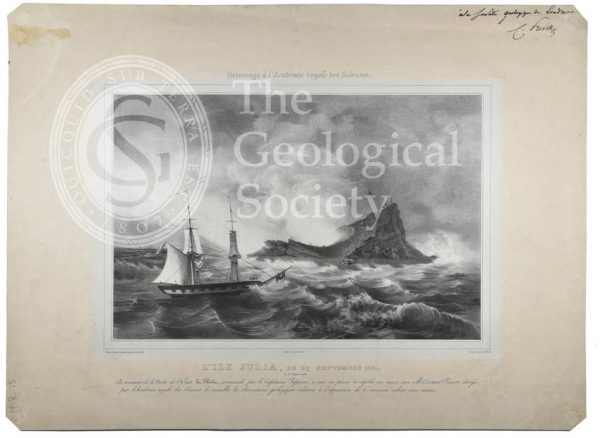