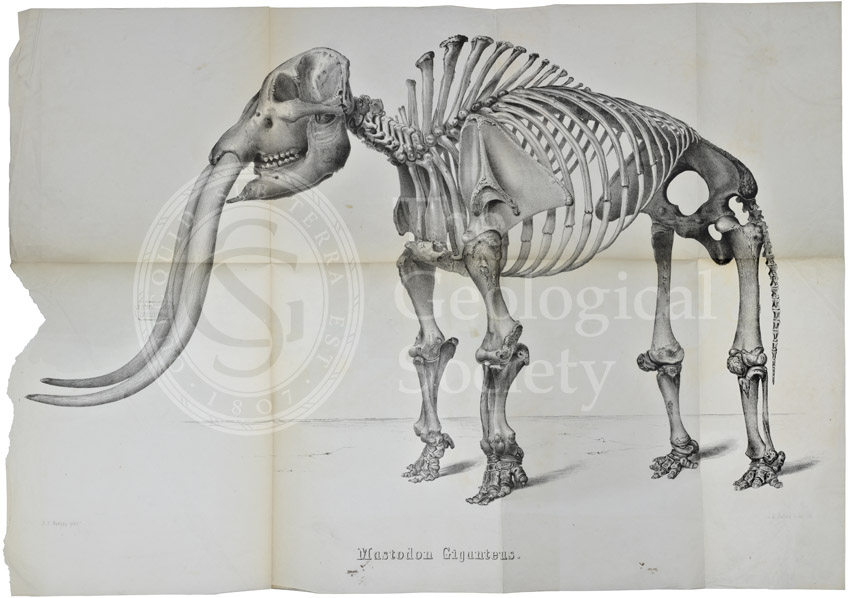 The image is from a book dedicated to a description of this fossil skeleton which was found in Newburgh, in the state of New York in 1845.  The valley in which the Mastodon was found, was part of the land belong to the farm of a Mr N Brewster.  The summer of 1845 had been unusually dry and the valley, which was normally wet and swampy, dried out to expose small lacustrine deposits which Brewster wanted to use as fertiliser.  The book recounts how Brewster’s labourers dug through a thickness of two feet of a peat-bog then a layer of red moss about a foot thick, and finally fell upon a bed of shell-marl.  After raising about a foot of this they struck on something hard.

Brewster, his son William, his son-in-law Mr Weeks accompanied by a large number of neighbours and other visitors, returned to the spot the next day to excavate the skeleton. The bones were cleaned and dried and then articulated by a local physician Dr Prime. The specimen was subsequently sent onto New York where it was acquired by the surgeon John Collins Warren (1778-1856).  As well as authoring this work, Warren is known for his early use of anaesthesia during surgery. 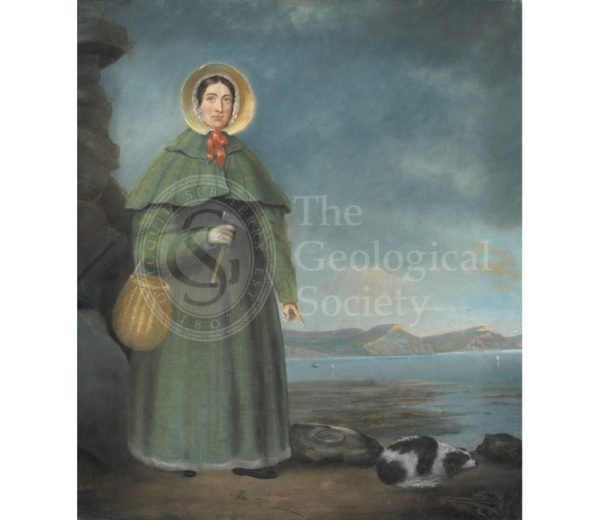 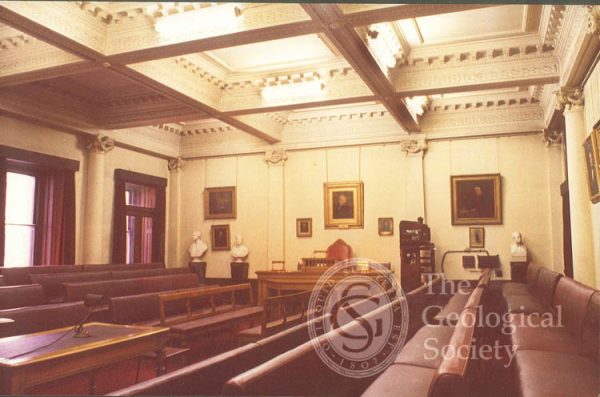 Meeting Room of the Geological Society, 1972»
We use cookies on our website to give you the most relevant experience by remembering your preferences and repeat visits. By clicking “Accept All”, you consent to the use of ALL the cookies. However, you may visit "Cookie Settings" to provide a controlled consent. further details can be found on our Cookie Policy page
Cookie SettingsAccept All
Manage consent