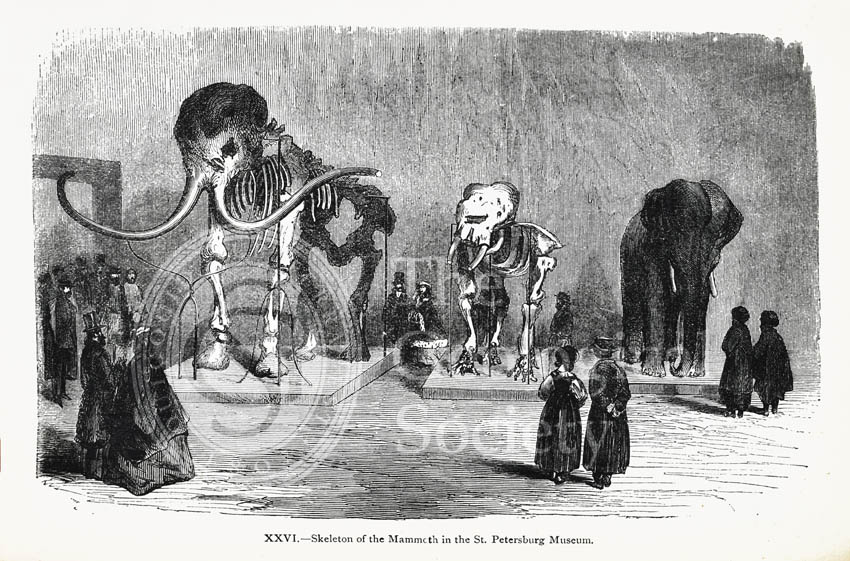 Title: Skeleton of the Mammoth in the St Petersburg Museum

The mammoth depicted in the image is probably the ‘Adams mammoth’, which was the first complete woolly mammoth discovered which, when it was found in Siberia in 1799, was virtually intact with its skin and fur attached. It was finally recovered by the Russian botanist Mikhail Adams (1780-1838) in 1806, by which time substantial parts of it had been eaten by wild animals.