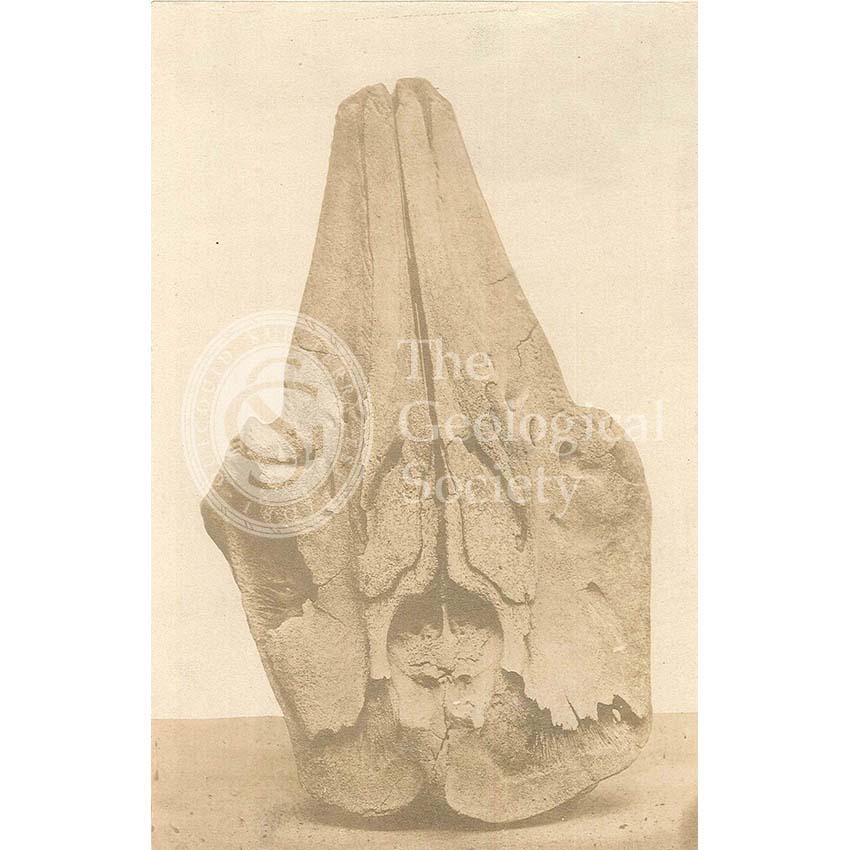 Title: Skull of a whale from Spitzbergen, Norway

Description: Albumen photograph of part of a skull of a whale, found by James Lamont in Spitzbergen, Norway during an expedition in the summer of 1859. Lamont reported, “On all parts of Spitzbergen and its islands which I have visited, I have found numerous bones of Whales far inland and high above the sea-level…some of these were discovered and brought to me by the sailing-master of my yacht, so that I cannot personally vouch for the accuracy of the heights and distances marked on all of them; but one large piece of a jawbone (sent in October 1859) was discovered by myself at 40 feet above the sea. It was part of an entire skeleton, which lay half-buried in moss at about half-a-mile distance from the sea in Walter Thymen’s Straits, North-east Spitzbergen.”

Spitzbergen, or Spitsbergen was a whaling base until the 18th century.