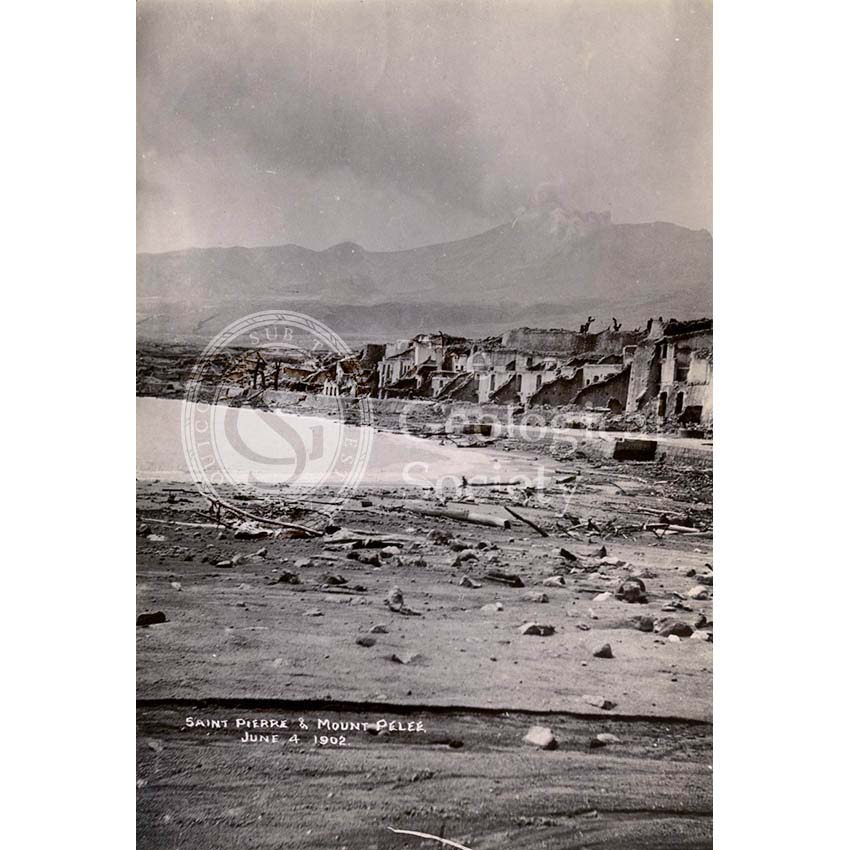 Title: St Pierre and Mt Pelée, after the eruption

Description: St Pierre destroyed by the eruption of Mount Pelée, with the smoking volcano in the background. Mount Pelée began its eruptions on 23 April 1902, the main eruption occurring on 8 May 1902 which destroyed the nearby town of Saint-Pierre, killing or injuring most of its 30,000 inhabitants. The eruption is considered to be the worst volcanic disaster of the 20th century.