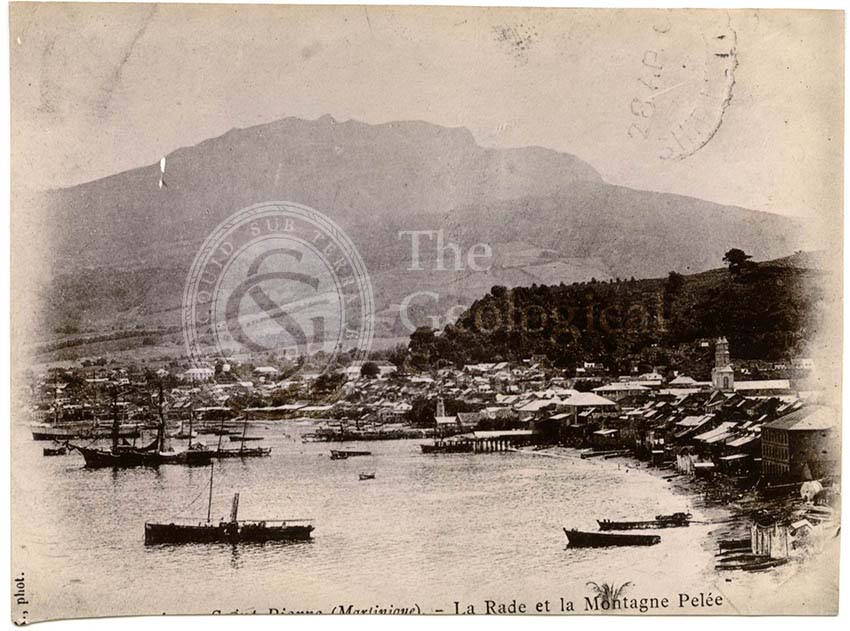 Title: St Pierre before the eruption of Mount Pelée

Description: The settlement of St Pierre as it was before the eruption of Mount Pelée. Mount Pelée began its eruptions on 23 April 1902, the main eruption occurring on 8 May 1902 which destroyed the nearby town of Saint-Pierre, killing or injuring most of its 30,000 inhabitants. The eruption is considered to be the worst volcanic disaster of the 20th century.

This postcard was presented to the Geological Society by the Commissioner of the Imperial Department of Agriculture for the West Indies, Barbados, 5 August 1902.