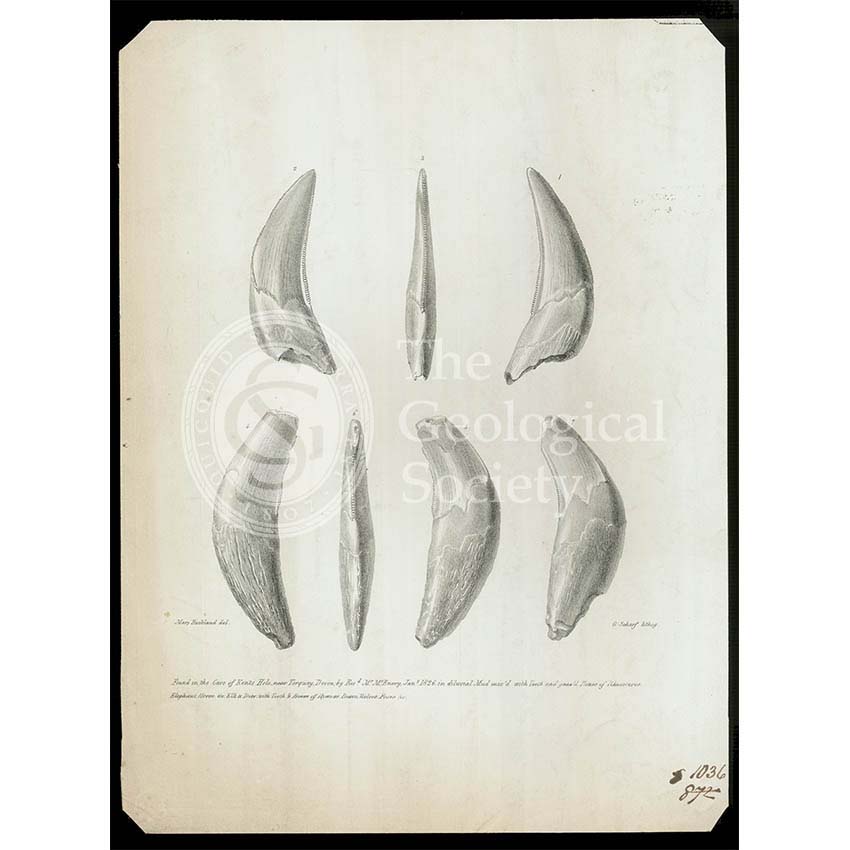 Description: Teeth found in Kent’s Cavern, along with other teeth and bones of various creatures. Kent’s Cavern (known as Kent’s Hole until 1903) is a cave system in Torquay, famous for the geological and archaeological finds that have occurred there. The archaeological evidence shows that animals and people have been entering the cave for hundreds of thousands of years.

This image was probably produced for inclusion in William Buckland’s projected second volume of ‘Reliquiae Diluvianae’, a book about organic remains found in caves and fissures. It was drawn by Mary Buckland and the lithograph was produced by George Scharf. 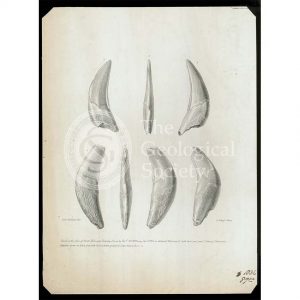