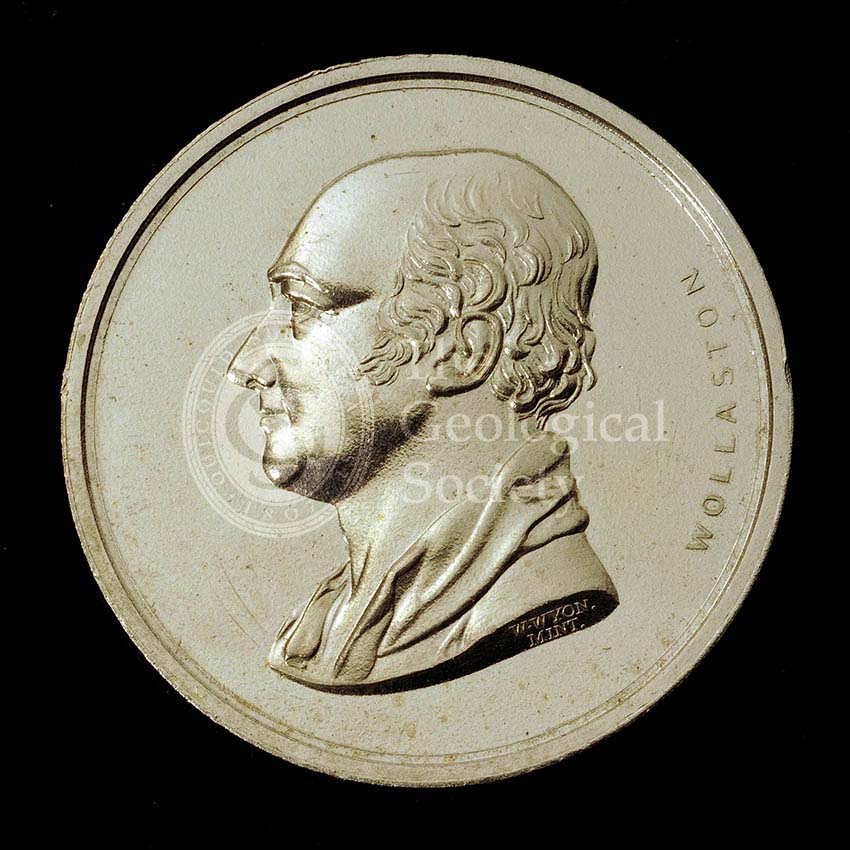 Title: Obverse side of the Wollaston Medal

Description: The Wollaston Medal is the highest award given by the Geological Society. This medal is normally awarded to geologists who have had a significant influence by means of a substantial body of excellent research in either or both ‘pure’ and ‘applied’ aspects of the science.

Two weeks before his death, Dr William Hyde Wollaston (1766-1828) wrote to the Council of the Geological Society to inform it that he had invested £1000 in trust, the dividends of which were to be used to promote researches concerning the mineral structure of the Earth, or of the science of geology in general. The first year’s income was used by the Council to purchase a die for a medal bearing the head of Wollaston.

The medal was originally made from fine gold but in 1846, to mark Wollaston’s discovery of palladium, Percival Norton Johnson (an assayer, metallurgist and Fellow of the Society) donated a quantity of the metal to be used for future medals. After Norton’s death in 1866, the medal reverted back to gold. Since 1930, the medal has again been struck in palladium, through the generous sponsorship of Mond Nickel, INCO Europe and currently Anglo Platinum.

The first Wollaston Medal and Fund, was awarded to William Smith at the Annual General meeting held 18 February 1831. However the medal itself was not yet ready, and it would not be until 20 June 1832, at the second meeting of the British Association, that Smith finally received it from Roderick Impey Murchison.