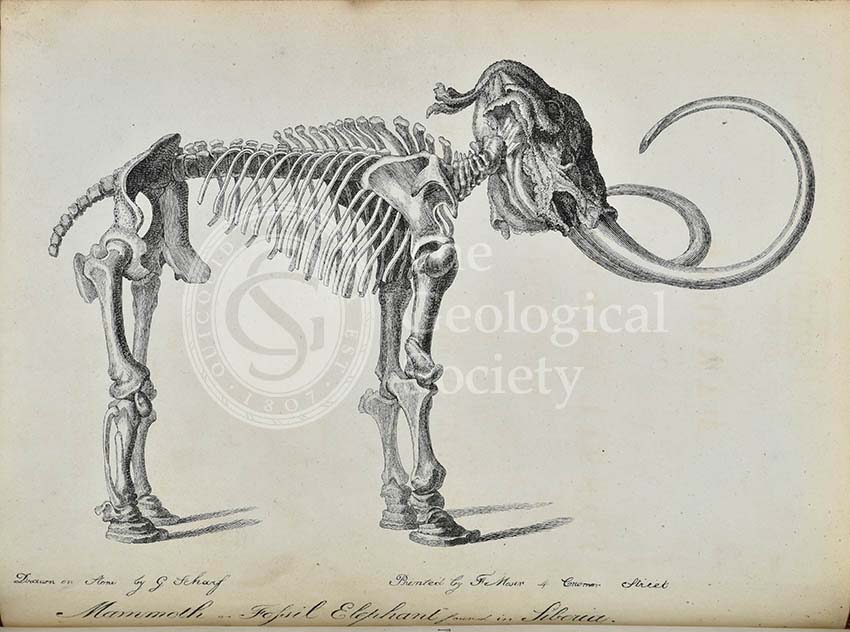 Description: The ‘Adams mammoth’ was the first complete woolly mammoth discovered which, when it was found in Siberia in 1799, was virtually intact with its skin and fur attached. It was finally recovered by the Russian botanist Mikhail Adams (1780-1838) in 1806, by which time substantial parts of it had been eaten by wild animals. The image shows the reconstruction of the skeleton with some of the skin still attached to the skull.

Source: [Wilhelm Gottlieb Tilesius], ‘On the Mammoth or Fossil Elephant, found in the ice at the mouth of the River Lena, in Siberia’ (1819). 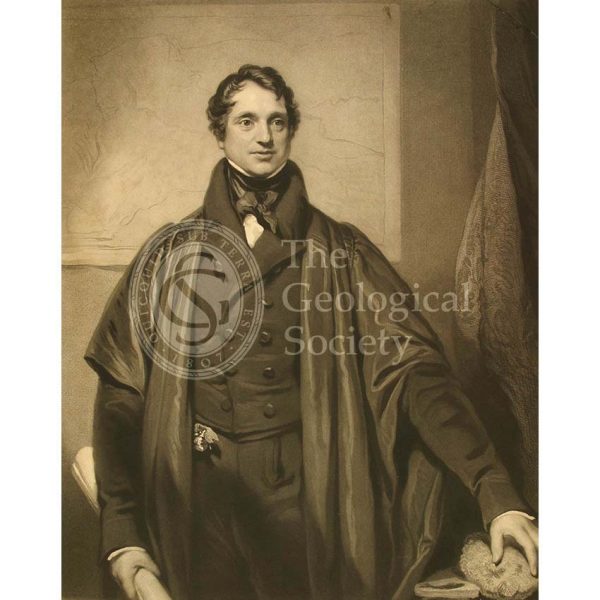 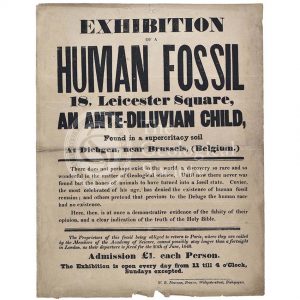 Advertisement for a 'Human Fossil'»
We use cookies on our website to give you the most relevant experience by remembering your preferences and repeat visits. By clicking “Accept All”, you consent to the use of ALL the cookies. However, you may visit "Cookie Settings" to provide a controlled consent. further details can be found on our Cookie Policy page
Cookie SettingsAccept All
Manage consent