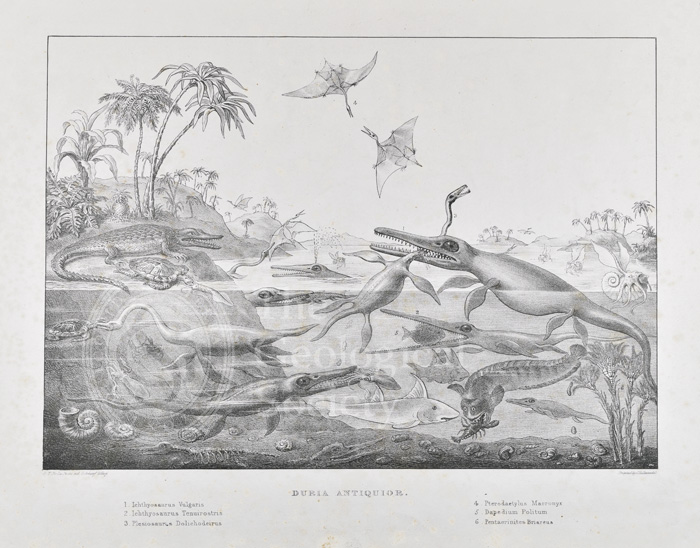 Description: In order to help out Mary Anning and her family financially during one of the lean periods, William Buckland (1784-1856) and Henry De la Beche (1796-1855) came up with the idea of producing this print to be sold in her aid.  The lithograph was first produced in or around May 1830, from an original watercolour by De la Beche.  It was initially sold for the rather high price of £2 10s to the Geological Society’s Fellows, then later distributed to others.  Anning was also given copies to sell in her shop.

Duria Antiquior is one of the most important and influential geological images ever produced.  It is the very first reconstruction of ancient life, from which all others which have followed can be traced.

The image reconstructs Dorset during the Jurassic Period populated with the ichthyosaurs, plesiosaurs, pterosaurs, ammonites, belemnites and other creatures and plants which Mary Anning discovered.  Even ichthyosaur coprolites (ie faeces), which she identified in 1824, make an appearance.