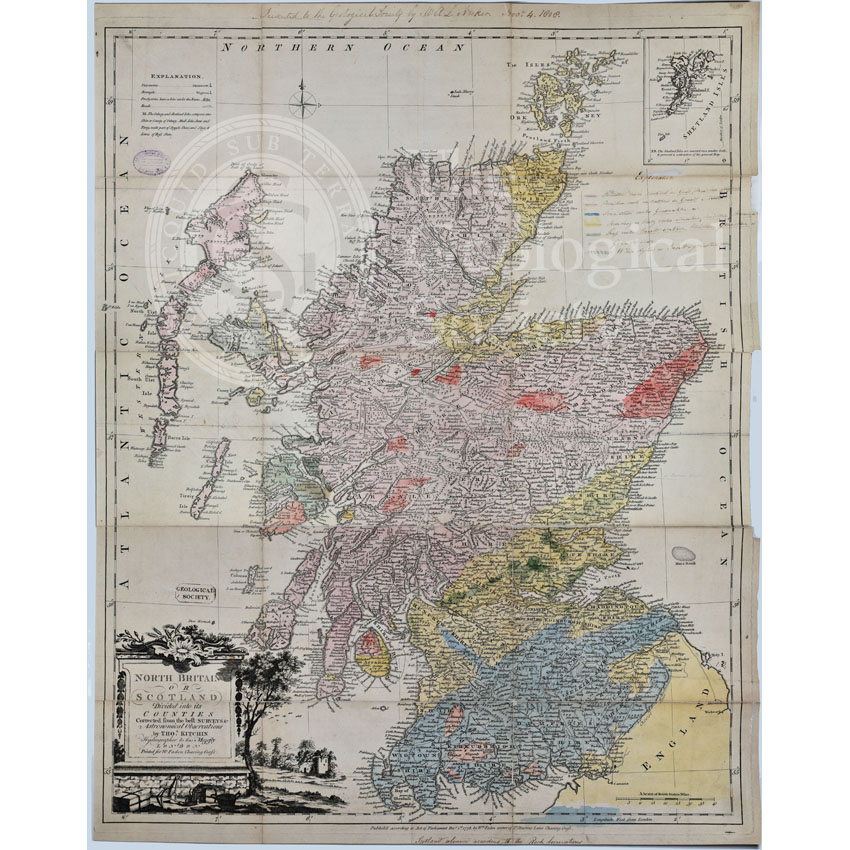 Description: Map entitled ‘Scotland coloured according to the rock formations’. Geological colouring on base map ‘North Britain or Scotland divided into its Counties, corrected from the best surveys and astronomical observations by Thomas Kitchin’, published by William Faden, 1 December 1778.

William Smith’s 1815 map is known as the first geological map of a country ever produced but there were actually earlier attempts.

This map, which is probably the earliest geological map of Scotland, was coloured by the Swiss mineralogist Louis Albert Necker (1786-1861) and was given to the Geological Society in 1808, only a year after our foundation in 1807.

Necker had travelled around Scotland between 1806-1808 and his broad, simple colouring is primarily based on the concepts of the German mineralogist Abraham Gottlieb Werner (1749-1817). Werner, whose ideas were prevalent at the beginning of the 19th century, had outlined the first chronological categorisation of rocks.

One can see that Necker has classified vast swathes of the country as being formed of ‘Primitive’ (what we would now term Precambrian) rocks — that is the oldest rocks.

Although not strictly accurate, it gives a glimpse of the geological thinking in the first years of the Society before Smith’s concepts had permeated into the burgeoning science.