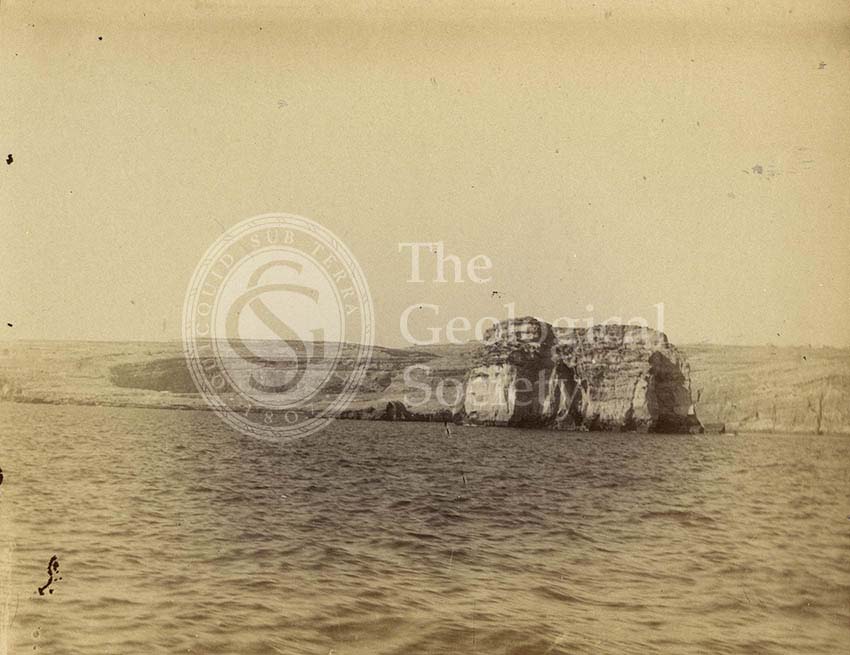 Title: The General or Fungus Rock Gozo, showing the Faura gorge and downthrow. Extensive Pleistocene Beds in the neighbourhood

Description: Photo of Fungus Rock, a limestone islet on the west coast of the island of Gozo, part of Malta. It stands at the entrance to an almost circular lagoon. Its name originates from the discovery by the Knights of Malta, who lived on the islands from the 16th to the 18th centuries, of what they called the Malta Fungus. This plant (not actually a fungus) was considered to be very valuable, with medicinal properties, and was consequently heavily guarded. The islet’s Maltese name is Il-Gebla tal-General.