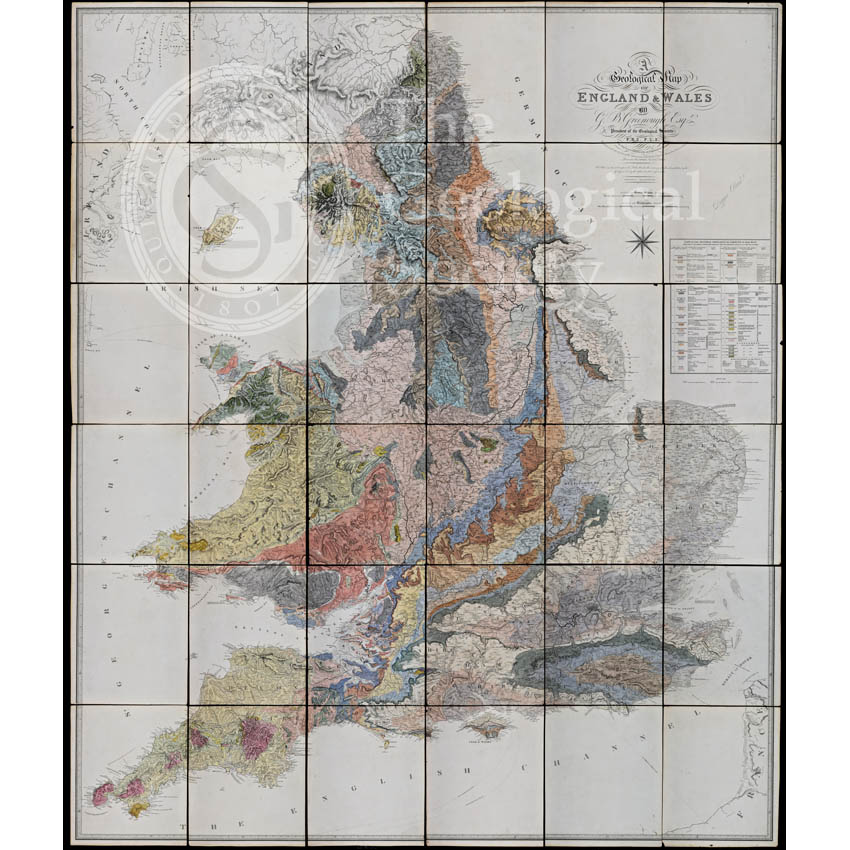 Description: First edition of the Geological Society’s ‘Geological Map of England and Wales’ under the authorship of its first President, George Bellas Greenough.

The origins of the map lie in the project set out in the newly-formed Geological Society’s first publication, ‘Geological Inquiries’ (1808). The pamphlet was a call to the general public to send in information on what was known about the geology and mineralogy of Britain.

As data poured in, a map committee was formed in 1809 “for the purpose of forming maps by consolidating and arranging all such topographic information they may be able to procure relative to the extent and boundary of the different formations of which the British Isles are composed”. William Smith (1769-1839), of course, had been working on a geological map of the country but as progress had apparently stalled by this date, the most obvious solution for the Society was the preparation of its own geological map of England and Wales.

Although a rough, first draft was ready by 1812, publication was delayed due to issues with the base map. The plan had been to use Aaron Arrowsmith’s existing map, but Greenough was unhappy with its topography. The cost of having Arrowsmith re-engrave it was £900, but the total budget, raised from Members, was only £1,000. Therefore a new base map was commissioned. It took over five years to construct and was substantially more expensive, costing £1,720 to produce.

All copies of the first edition have an engraved publication date of November 1819, but the map was not issued until May 1820. Copies continued to be produced and sold until the map was superseded by the second edition (issued in 1840). This copy is no.84 and was originally intended for Dr Wollaston but it was considered ‘imperfect’ and instead retained. 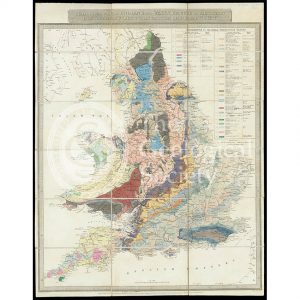 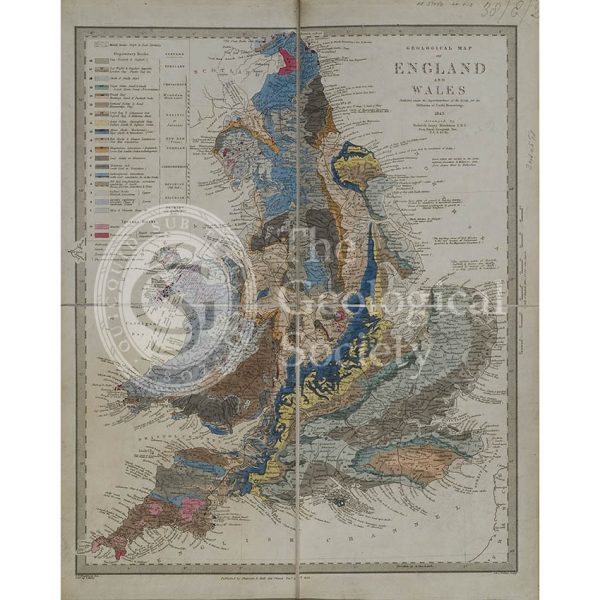 Geological map of England and Wales (Murchison, 1843)»
We use cookies on our website to give you the most relevant experience by remembering your preferences and repeat visits. By clicking “Accept All”, you consent to the use of ALL the cookies. However, you may visit "Cookie Settings" to provide a controlled consent. further details can be found on our Cookie Policy page
Cookie SettingsAccept All
Manage consent