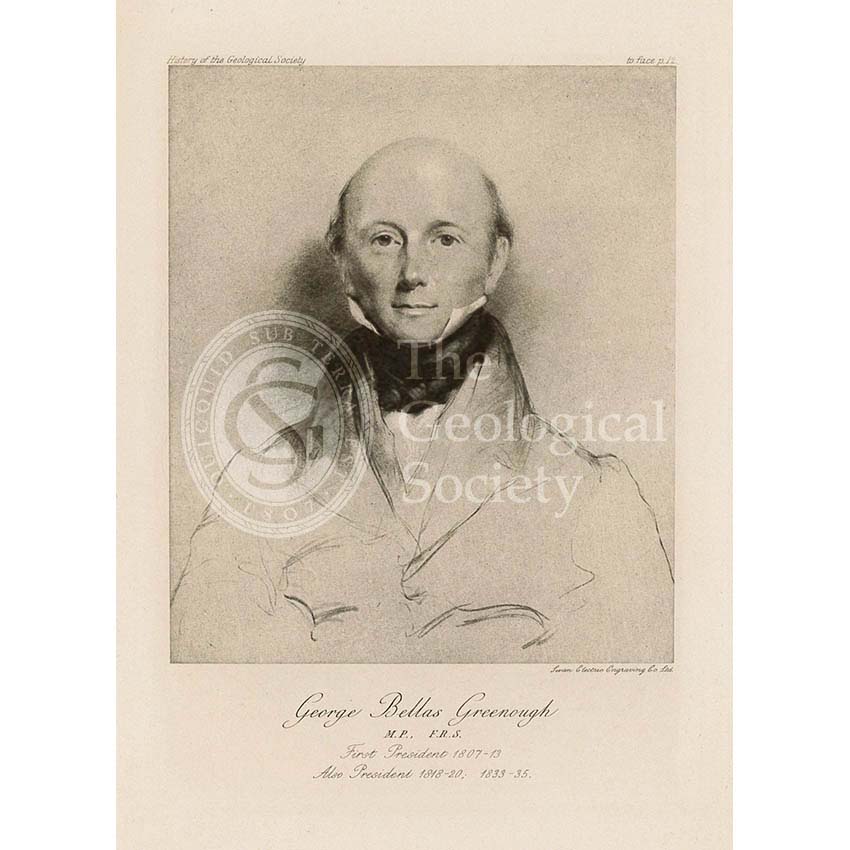 Description: Portrait of George Bellas Greenough, one of the original founders of the Geological Society of London. Reproduction of a print by Swan Electric Engraving Co Ltd, based on a lithograph by Maxim Gauci after a drawing by Eden Upton Eddis.

GEORGE BELLAS GREENOUGH, FRS (1778-1855), of Parliament Street, was a man of fortune, who had studied mineralogy under Werner at Freiberg, and had travelled much. He formed a large collection of geological specimens, most of which are now in University College, London. He was MP for the borough of Gatton 1807-1812. He was the first chairman, and in 1811 the first president of the Geological Society. He issued in 1819 [1820] his ‘Geological Map of England and Wales’, in six sheets. His bust by Westmacott is in the apartments of the Society. From Woodward, H B ‘History of the Geological Society of London’, London: Longmans, Green & Co (1907).

Source: Woodward, Horace B, ‘The History of the Geological Society of London’. London: Longmans, Green & Co, 1908.