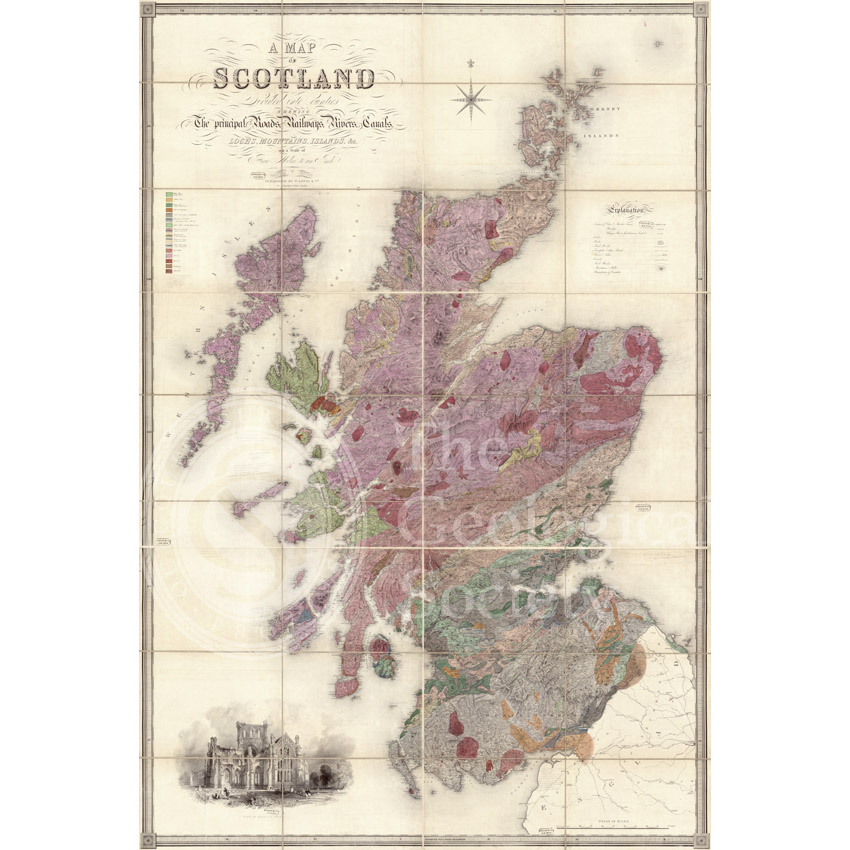 Description: The first published geological map of Scotland was issued in 1836 under the (posthumous) authorship of John MacCulloch (1773-1835). The fieldwork alone had taken MacCulloch around 15 years to accomplish, but the reception to the map’s publication was rather negative from some quarters. Despite its topographical and geological errors, the map is not thought to have been superseded until the work of the Geological Survey in the 1860s.

On 23 July 1851 a committee headed by George Bellas Greenough was appointed by Council to assess the extent of the Society’s Map collection holdings and make suggestions as to its improvement. One of the recommendations was that a new geological map of Scotland should be produced. Council ordered that the Society should purchase a copy of Lewis’ Map of Scotland and that a further committee comprising of Greenough and Daniel Sharpe should undertake its geological colouring.

This copy is one of three drafts which are extant in the archive collection of George Bellas Greenough. The neat colouring indicates that it was probably intended to be the final, finished copy. Instead a further version was produced with a slightly different colour scheme.