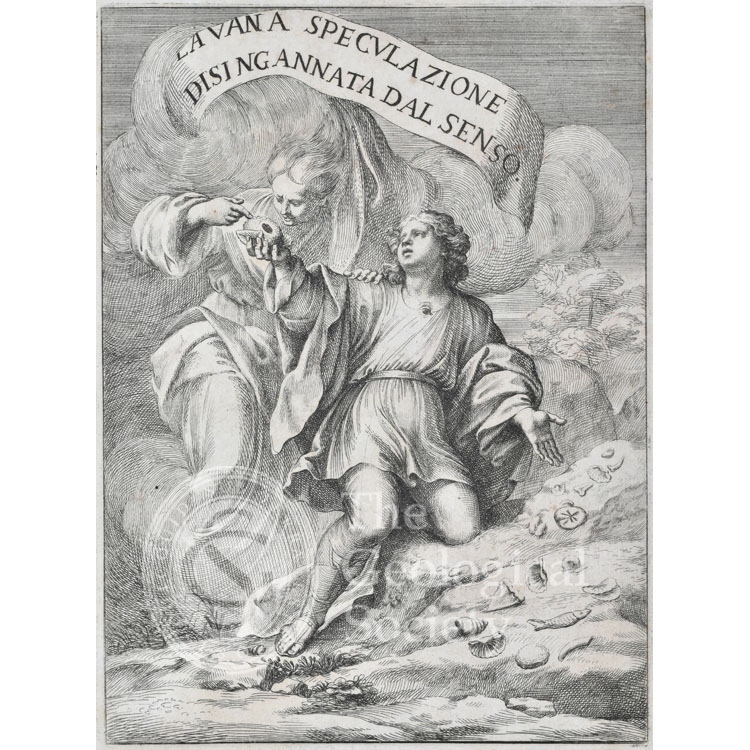 Description: Title page of ‘De corporibus marinis lapidescentibus quae defossa reperiuntur’, Romae: Typis Antonii de Rubeis (1747) which contains the first Latin translation of the Italian painter Agostino Scilla’s only palaeontological (and heavily influential) work ‘La vana speculazione disingannata dal senso’ [Vain speculation undeceived by sense] (1670) in which he argued that fossils were not the magical objects many believed them to be but were petrefactions (that is fossils) of once living organisms.

The image shows a visual representation of reason [the young man holding a fossil sea urchin and shark’s tooth, pointing to a hillside covered with fossils] and speculation [the spectral figure looking at the fossils in isolation.