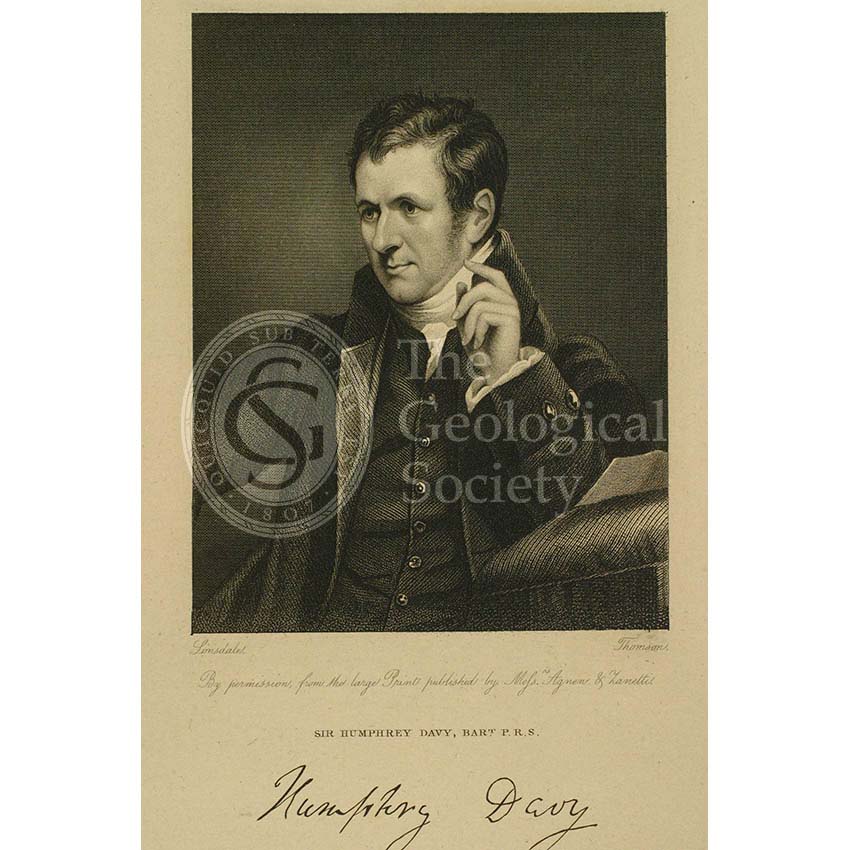 Description: Portrait of Sir Humphrey Davy, Bart, by Lonsdale and Thomson, published by Fisher, Son & Co. Copied from the larger print by William Henry Worthington which was published by Agnew & Zanetti in 1827.

Humphry Davy was one of the original 13 founders of the Geological Society of London, but resigned in 1809. He rejoined in 1815.

HUMPHRY DAVY, FRS (1778-1829), was professor of Chemistry at the Royal Institution, and secretary of the Royal Society. Early in life he had been apprenticed to a surgeon in his native town, Penzance, but was so attracted to the study of rocks and minerals as well as chemistry, that he ‘paid much more attention to Philosophy than to Physic.’ He was knighted in 1812, created a baronet in 1818, and elected president of the Royal Society in 1820. From Woodward, H B ‘History of the Geological Society of London’, London: Longmans, Green & Co (1907).