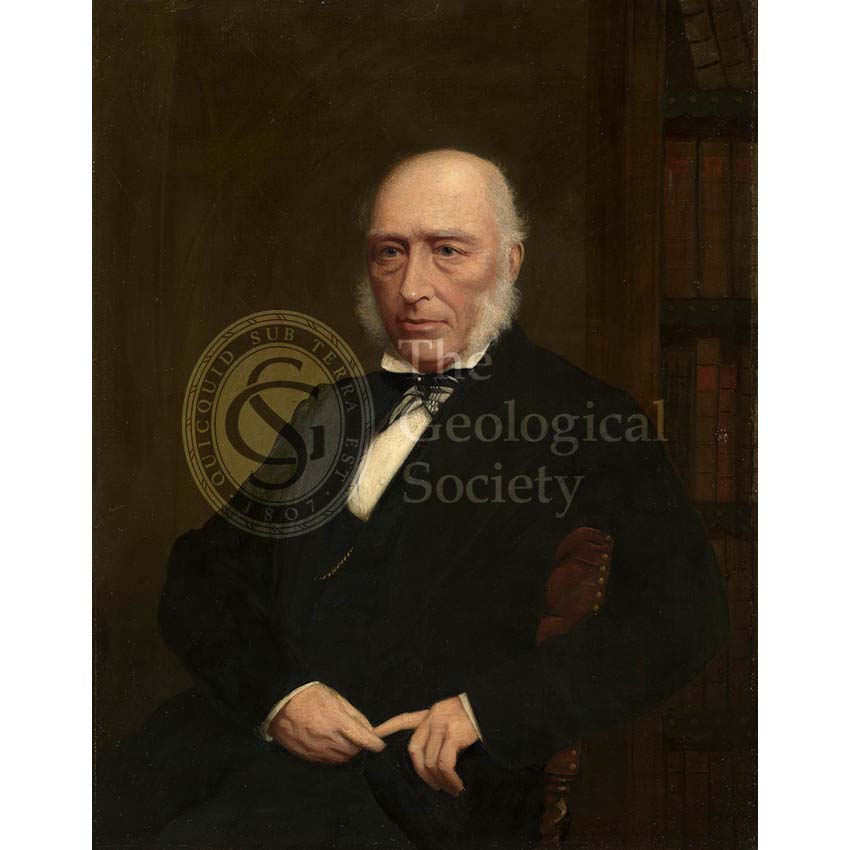 John Phillips was the nephew of William ‘Strata’ Smith, who had produced the first geological map of a country ever produced. Phillips worked as a museum curator in York before taking university posts in London, Dublin and Oxford, where he succeeded William Buckland and became the University’s second Professor of Geology.

The painting was presented to the Geological Society by Henry Willett in 1875.