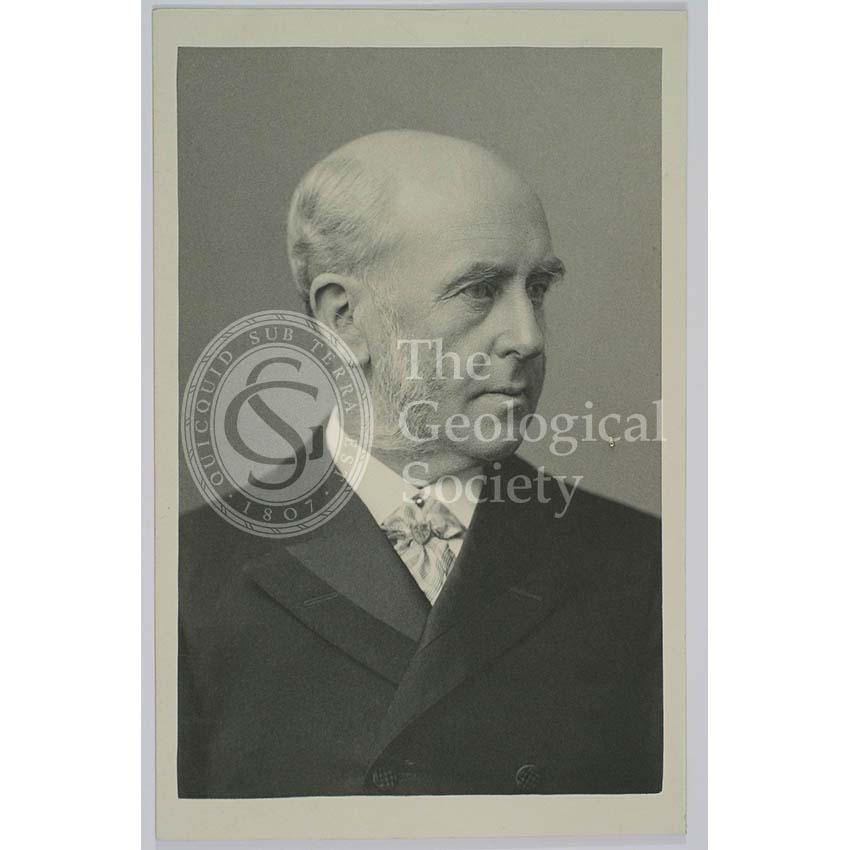 Description: Photo of Sir Archibald Geikie. Elected a Fellow of the Society on 23 March 1859 (no.1886), and twice served as President between 1890-1892 and 1906-1907. Awarded the Murchison Medal in 1881 for his contribution to the understanding of Scottish geology, and the Wollaston Medal in 1895 for his services to geology.

Edinburgh-born Archibald Geikie’s professional life initially began in banking, which he did not enjoy. In 1851 he published ‘Three Weeks in Arran by a Young Geologist’, which led to an introduction to the first geologist-journalist Hugh Miller. He also came to know publisher Alexander Macmillan, geologist James David Forbes and Andrew Crombie Ramsay. Geikie matriculated at the University of Edinburgh in 1854, but had to leave the following year for financial reasons. A recommendation by both Miller and Ramsay to Sir Roderick Impey Murchison, saw Geikie given a position at the Geological Survey as mapping assistant.

In 1867 he was appointed Director of the Scottish Geological Survey and when Murchison founded the chair of geology at Edinburgh in 1870, Geikie was appointed the following year. Geikie’s field and research work took him all over the British Isles and to many parts of Europe. He successfully combined his duties to both posts with private research and writing. Geikie wrote several well-known popular biographical works including ‘Memoirs of Sir Roderick Impey Murchison’ (1875), ‘Andrew Crombie Ramsay’ (1895), ‘Edward Forbes’ (1861) and ‘Founders of Geology’ (1897). In 1924 he published his autobiography.