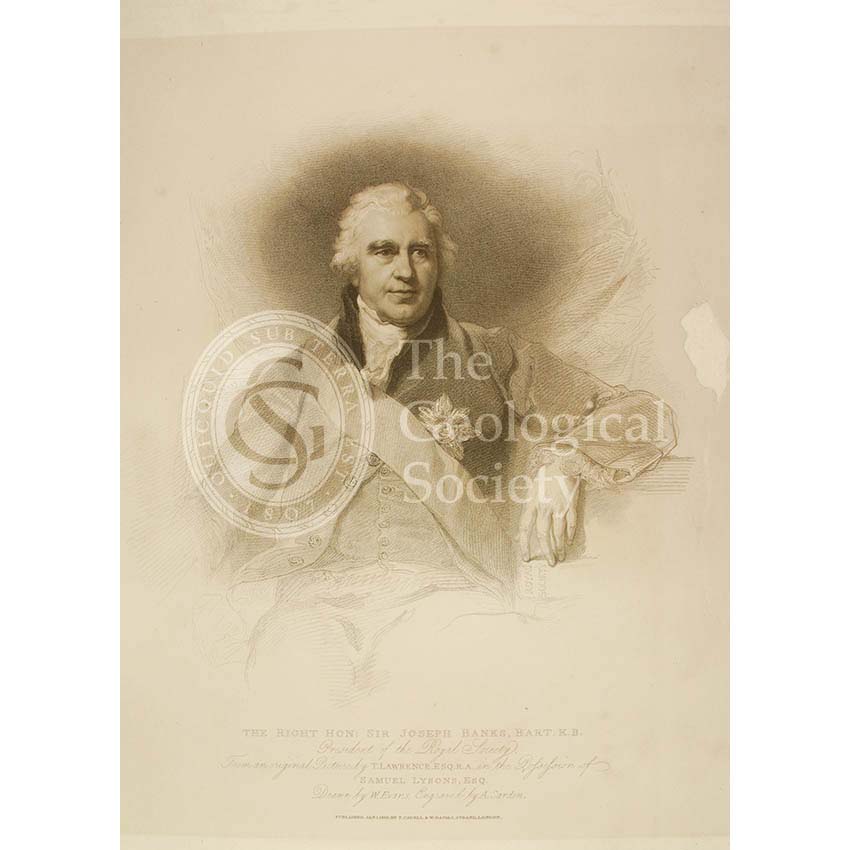 Description: Portrait of Sir Joseph Banks, baronet, by Anthony Cardon after drawing by William Evans from a painting by Thomas Lawrence, and published by T Cadell & W Davies.

Banks became a Member of the Geological Society on 1 January 1808, but resigned in February the following year stating that the Society had ‘deviated from the principles which they entertained at their first establishment’. Essentially Banks believed that the Society had ceased to be a geological supper club and instead was setting itself up as too independent from the Royal Society – an organisation which Banks was president.