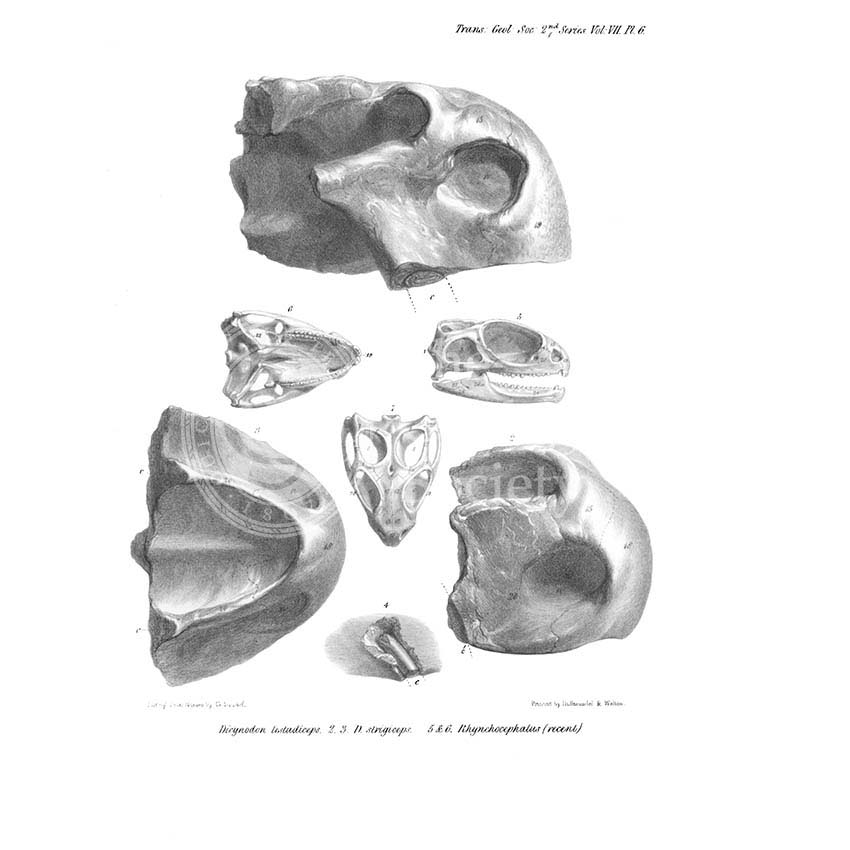 Title: Skulls of the genus Dicynodon

Description: Comparative views of the parts of the skulls of Dicynodon testudiceps and Dicynodon strigiceps, extinct mammal-like reptiles from South Africa. Also included is the modern skull of an Acrodont Lizard.

Source: Published in: Owen, Richard. “Report on the Reptilian Fossils of South Africa: PART I.—Description of certain Fossil Crania, discovered by A G Bain, Esq, in Sandstone Rocks at the South-eastern extremity of Africa, referable to different species of an Extinct genus of Reptilia (Dicynodon), and indicative of a new Tribe or Sub-order of Sauria”, ‘Transactions of the Geological Society of London’, Series 2, Vol 7 (1845), pp59-84, plate 6. From a paper originally read before the Geological Society on 8 January 1845.