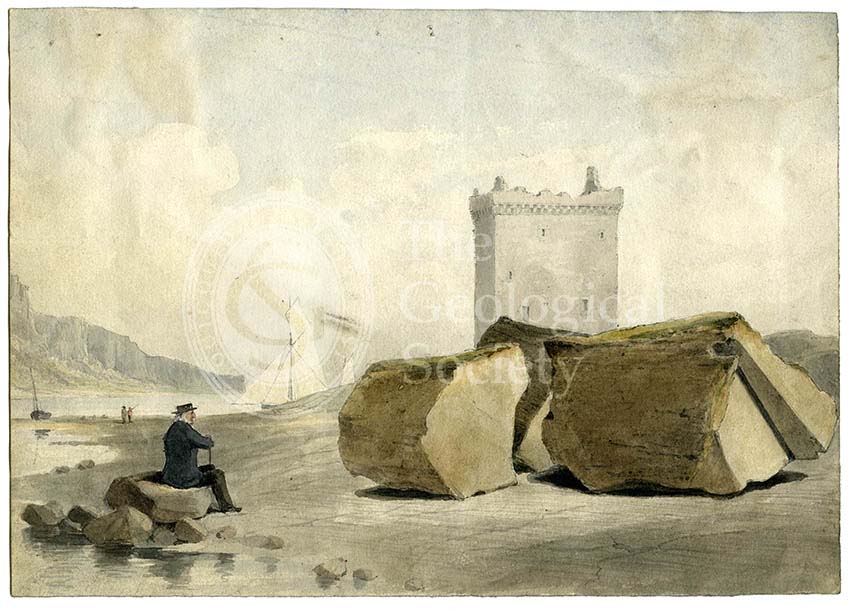 Description: Painting of split boulder found on Little Cumbrae, an island in the Firth of Clyde, Ayrshire, Scotland. James Smith, in his paper to the Society, thought that it provided evidence of the existence of glaciers in the Clyde Valley. Stating in his paper, “The block is composed of trap, apparently the same as that of the island, but at such a distance from any neighbouring height as to preclude the supposition that it could have fallen from it. I see therefore no other hypothesis by which we can account for its present position than that of supposing that it must have fallen from an escarpment of ice.” Smith, J. “On a Split Boulder in Little Cumbra, Western Isles”, ‘Quarterly Journal of the Geological Society’, vol 18 (1862), pp162-164.

The painting was one of three which accompanied Smith’s paper. The same figure appears in two of the drawings and may be a self portrait.