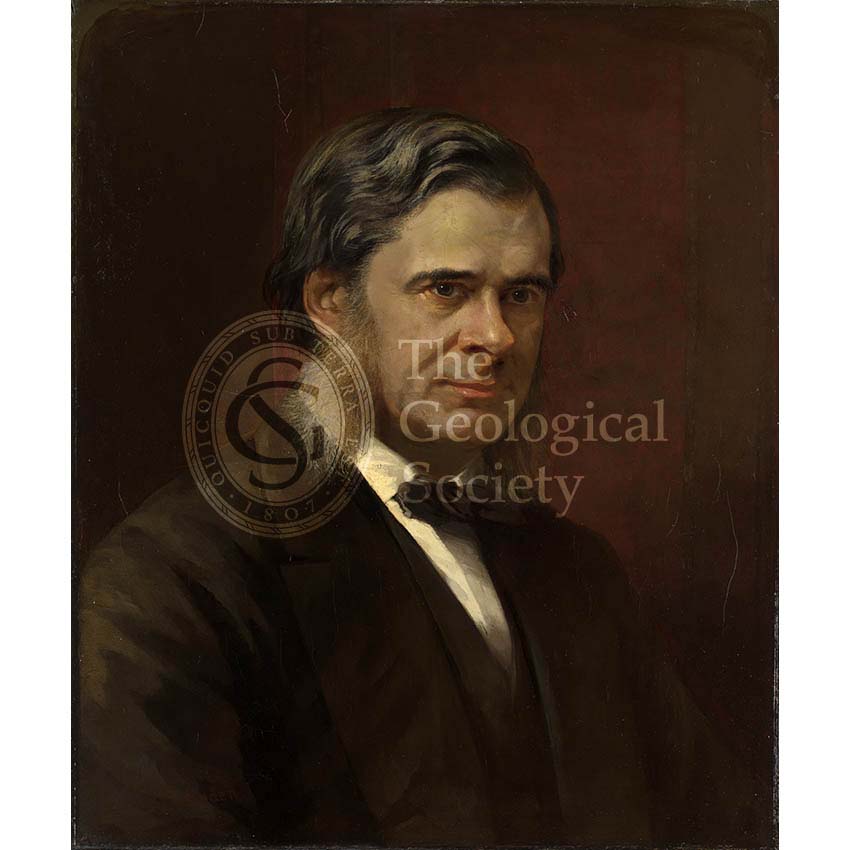 Description: Painting of Thomas Henry Huxley. Elected a Fellow of the Geological Society on 9 April 1856 (no.1748) and served as President between 1868-1870. Awarded the Wollaston Medal in 1876.

Through two of his sisters’ marriage to medical men, Thomas Henry Huxley initially pursued a surgical career both as an apprentice and later attending Charing Cross Hospital Medical School. The end of his scholarship and restricted family finances in 1845 meant that he could not take the final part of his medical degree at the University of London and was too young to sit his licentiate at the Royal College of Surgeons (the minimum age being 21) which meant he could not legally practice medicine. Instead, Huxley joined the navy the following year and sailed to the South Seas as assistant surgeon on the HMS Rattlesnake expedition (1846-1850), where his studies on marine invertebrates established his scientific reputation.

He is best remembered as a controversialist, for his support of Darwinism after the publication of ‘The Origin of Species’ (1859), for his luminous popular writings on science, and for coining the now universally misunderstood word ‘agnostic’.

This painting was presented to the Geological Society by Sir John Evans, in May 1896.