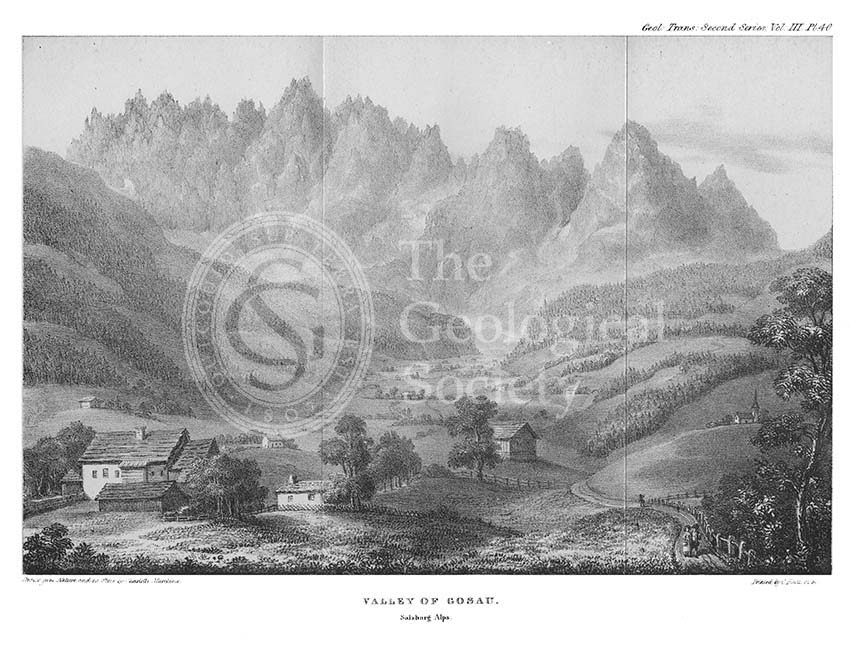 Description: Valley of Gosau, Salzburg Alps.
Published caption states:”View of Gosau-thal. In the foreground are the church and principal village of Gosau-thal. The wooded mountain on the right is the Horn, that on the left is the Ressenberg; the summit of the former being composed of reddish, gritty sandstone, the latter of greenish, micaceous whetstone; and both are based upon blue marls with a profusion of shells, which are best exposed in deep ravines right and left of the spectator. The steep and arid peaks in front consist of Alpine limestone, chiefly considered as the equivalents of the oolitic series, and are called in the neighbourhood the Stein Gebirge, each peak being known by a local name, as the “Donner Kogel,” ” Henner Kogel,” &c.”

Source: From Adam Sedgwick’s and Roderick Impey Murchison’s paper “A Sketch of the Structure of the Eastern Alps; with Sections through the Newer Formations on the Northern Flanks of the Chain, and through the Tertiary Deposits of Styria, &c. &c.”, ‘Transactions of the Geological Society of London’, Series 2, Volume 3 (1832) pp301-420, plate 40. 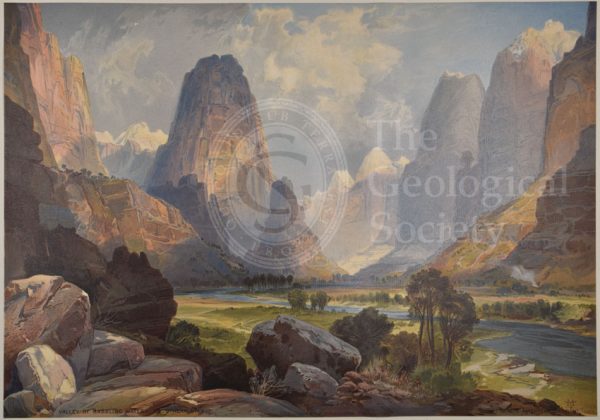 Various flexures of gneiss in Lewis (Stewart after MacCulloch, 1819)»
We use cookies on our website to give you the most relevant experience by remembering your preferences and repeat visits. By clicking “Accept All”, you consent to the use of ALL the cookies. However, you may visit "Cookie Settings" to provide a controlled consent. further details can be found on our Cookie Policy page
Cookie SettingsAccept All
Manage consent