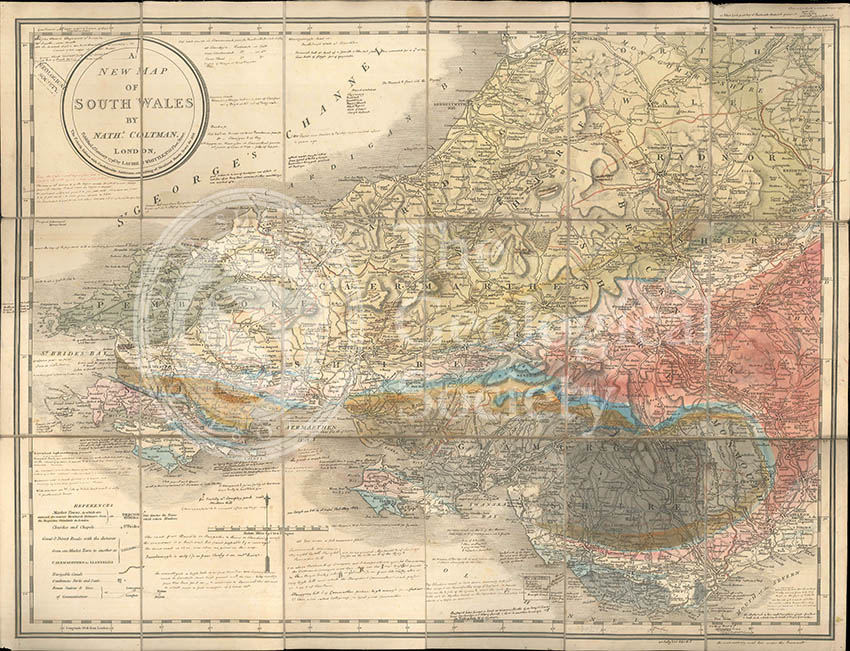 The geological colouring and notes are not dated, but there are at least two notes which cite publications from 1814 & 1832, and part of the colouring is clearly based on the work of Roderick Impey Murchison from the late 1830s. The map is cited in the following article: North, F J, “From the Geological Map to the Geological Survey”, ‘Transactions of the Cardiff Naturalists Society’ vol. 65 (1932), as being used in drafting the first edition of George Bellas Greenough’s ‘Map of England and Wales’ (1819), however this is probably due to the colouring mistakingly being dated as contemporary with the base map. It may have been used, however, as a draft for the second edition of Greenough’s map (1839).