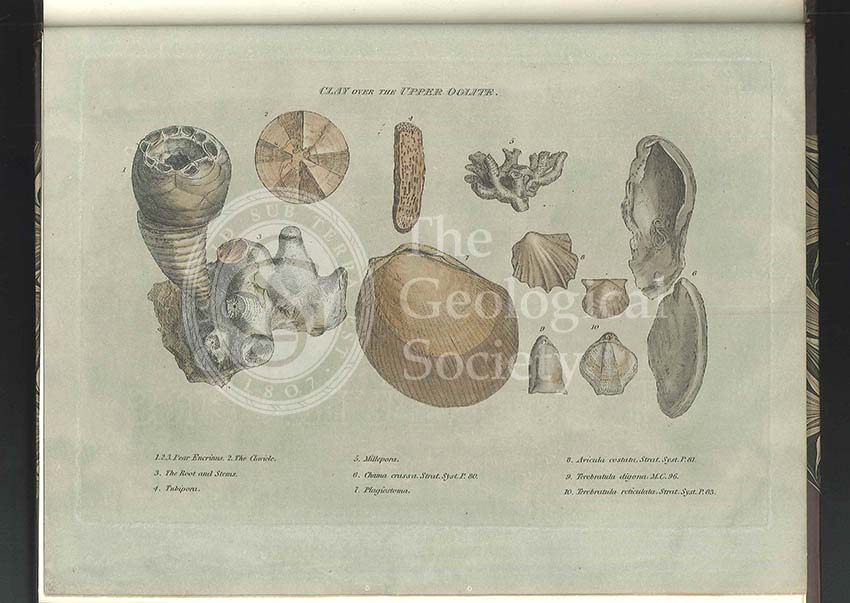 Description: Depictions of characteristic fossils found in Clay over the Upper Oolite stratum.