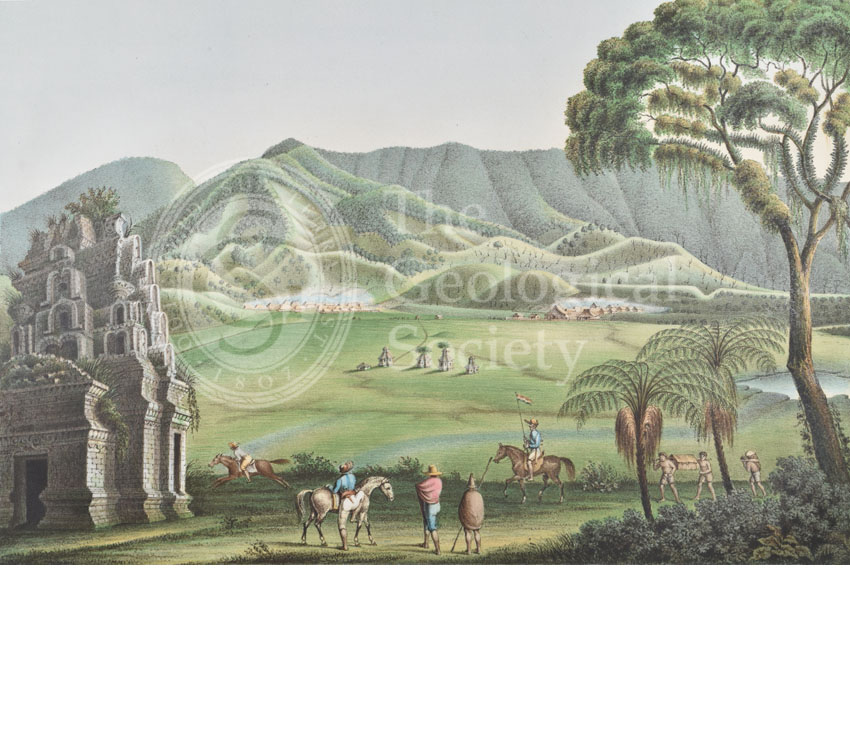 Description: Lithograph of the Dieng plateau on the island of Java, Indonesia. It is a marshy plateau in the Dieng volcanic complex. To the left of the picture is one of the Dieng temples – there are eight of these, but it is thought that in the past there were as many as 400, built during the 7th-9th centuries. When they were rediscovered in the 19th century, they were partially submerged in a lake. 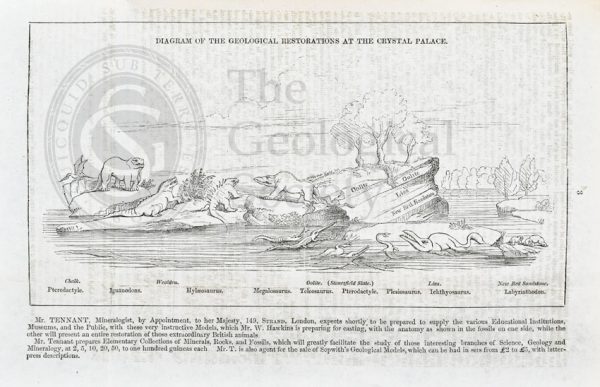 «Diagram of the geological restorations at Crystal Palace

Dimorphodon macronyx»
We use cookies on our website to give you the most relevant experience by remembering your preferences and repeat visits. By clicking “Accept All”, you consent to the use of ALL the cookies. However, you may visit "Cookie Settings" to provide a controlled consent. further details can be found on our Cookie Policy page
Cookie SettingsAccept All
Manage consent