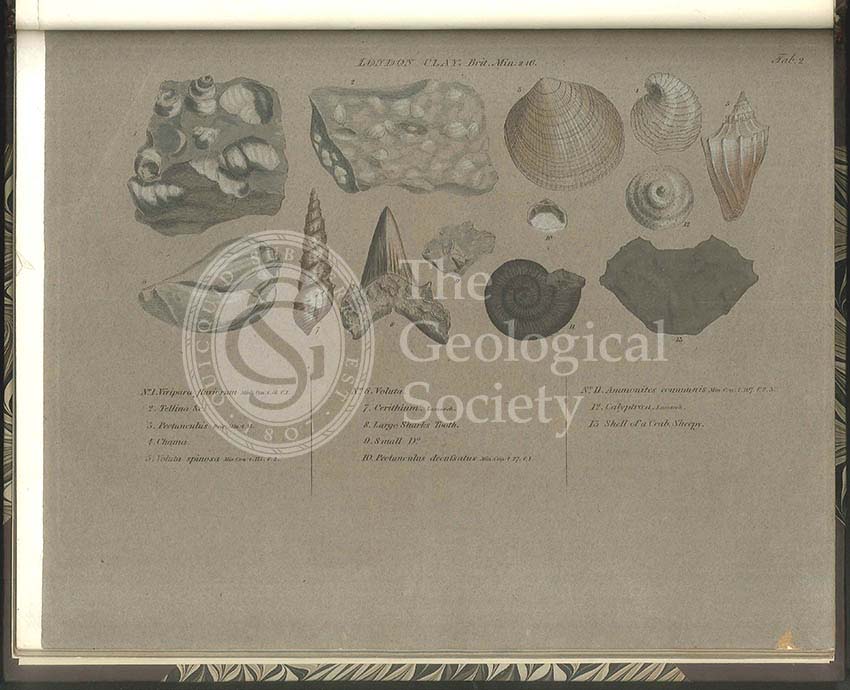 Smith was the first person to recognise the importance of fossils in identifying strata of equivalent age, thus enabling rocks to be correlated across country. His work as a surveyor and engineer involved him travelling up and down the country during which he accumulated a large collection of ‘characteristic’ fossils of the British strata. By 1815, his financial problems (caused in part by a bad investment in a quarrying concern in Bath) led to the sale of his precious fossil collection to the British Museum. This publication is part catalogue/part explanation of his collection and theories, the illustrations (by the natural history illustrator James Sowerby) printed on coloured paper to correlate with the geological colouring on his map 1815 of England and Wales.