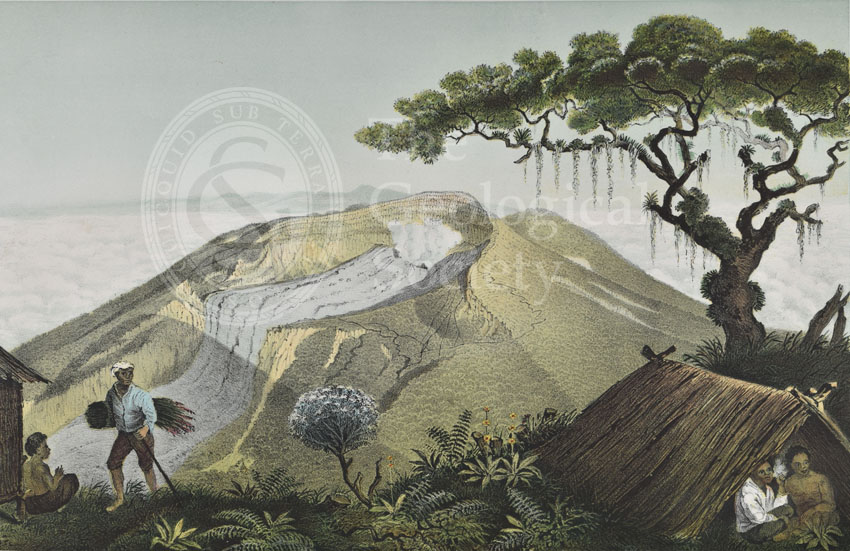 Description: Lithograph of the summit of the volcano Mount Gede on the island of Java, Indonesia. Gede means ‘big’ in Sundanese, a language spoken in the western part of Java. This volcano was very active in the 19th and first half of the 20th century.