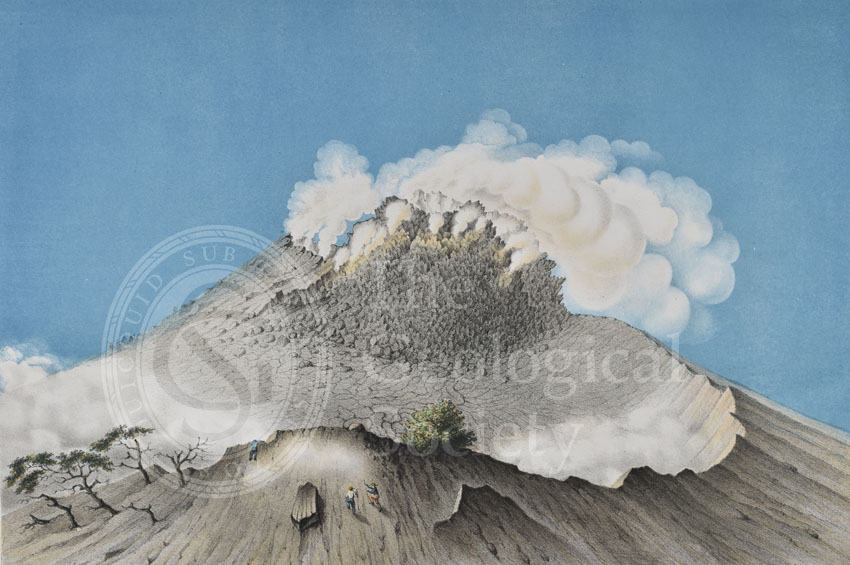 Description: Lithograph of the smoking summit of the volcano Mount Merapi on the island of Java, Indonesia. It is one of the most active volcanoes in Indonesia and erupts frequently, most recently in 2013. This is particularly problematic as it is located in a densely populated area, north of the city of Yogyakarta, and as a result it is monitored extremely closely. Its name can be translated as ‘fire mountain’.