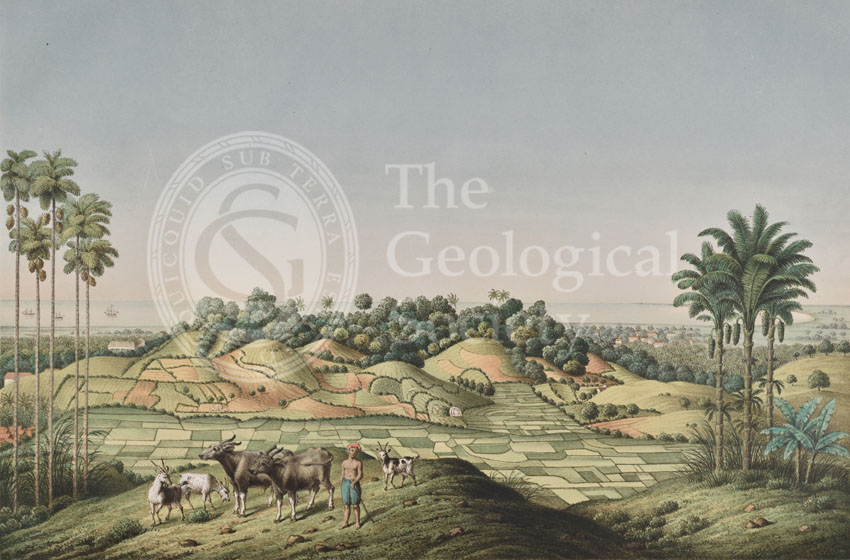 Description: Lithograph of the north coast of the island of Java, Indonesia. The title refers to what is now the city of Semarang, the fifth largest city in Indonesia. In this image some buildings are visible beyond the hills.