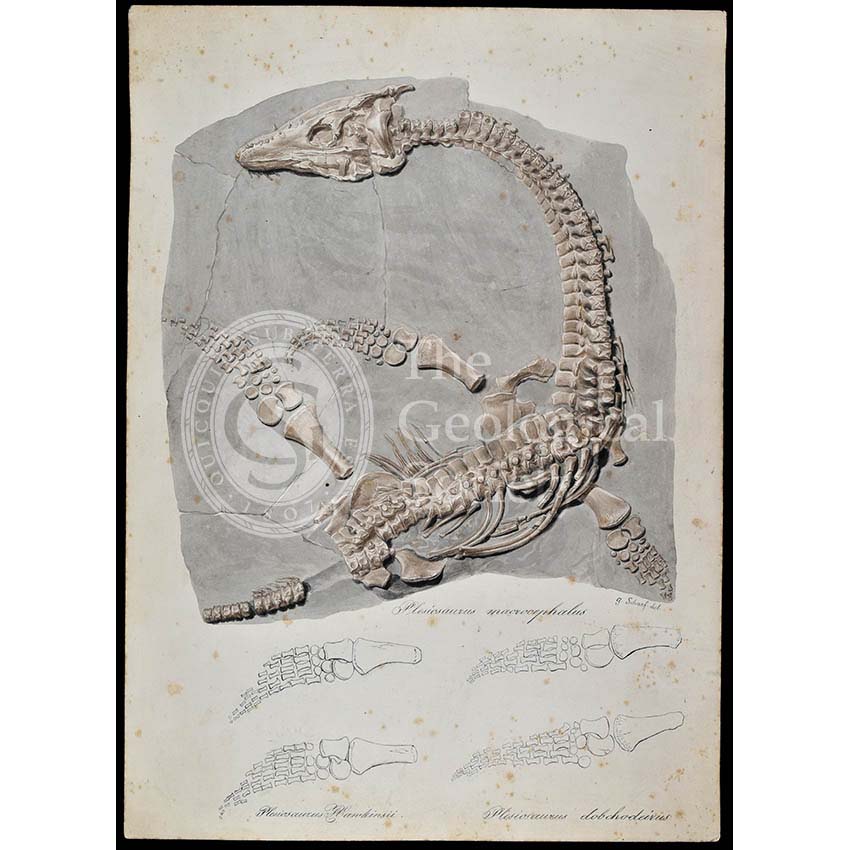 Description:Painting of a Plesiosaurus macrocephalus, a large marine reptile. This fossil was the first specimen found of a Plesiosaurus macrocephalus and was discovered by Mary Anning at Lyme Regis in December 1830 and named by William Buckland in 1836. William Willoughby, Lord Cole, later Earl of Enniskillen (and Fellow of the Geological Society), purchased the fossil in 1831 for the then massive sum of 200 guineas. The specimen is now housed at the Natural History Museum.