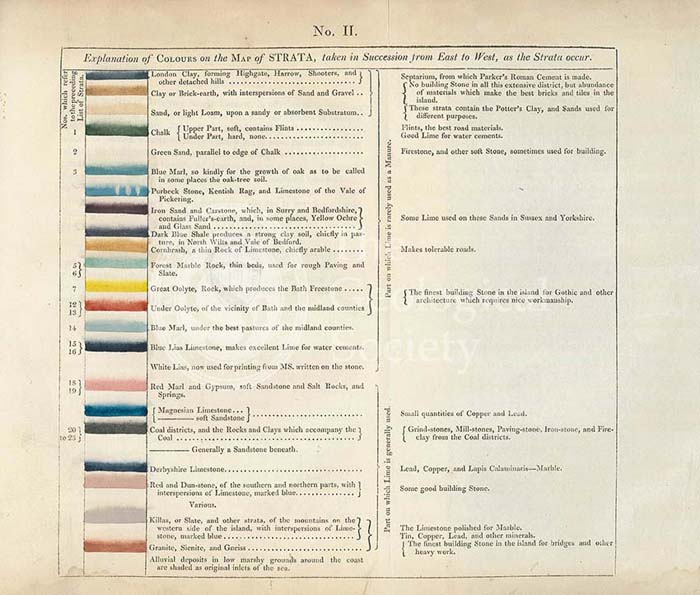 Title: ‘Explanation of Colours on the Map of Strata, taken in Succession from East to West, as the Strata occur.’

Description: The table was included in the early editions of the printed memoir which accompanied William Smith’s geological map ‘A Delineation of the Strata of England and Wales…’. Later editions saw the table being replaced by one of the revised versions of ‘A Geological Table of British Organized Fossils’.

Source: Smith, W, ‘A Memoir to the Map and Delineations of the Strata of England and Wales with part of Scotland’, 1815, plate II.

Format: Hand colouring on engraved base.