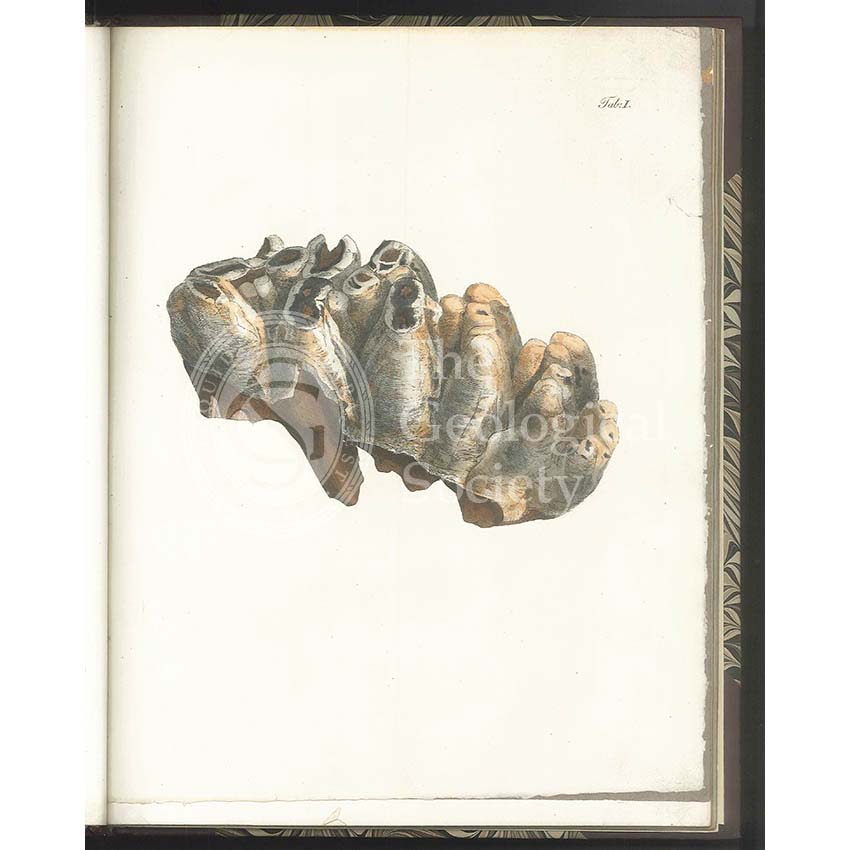 Title: Fossil tooth [of a Mastodon]

Description: Depiction of a ‘singular fossil tooth, of some extinct monstrous unknown animal, which is opalized…found in Norfolk.